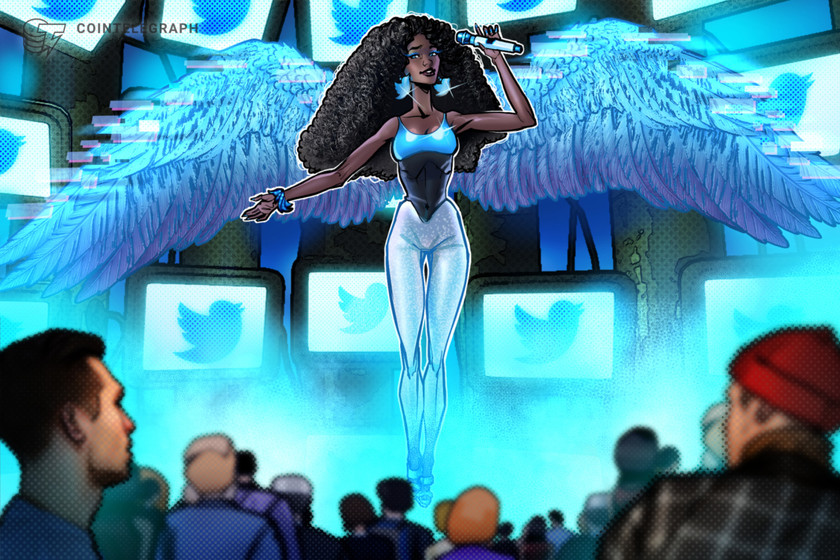 Another year has come and gone in the cryptocurrency industry, leaving behind an ocean of developments, drama, price swings and innovation — all moving at a breakneck pace that even Barry Allen would have a hard time keeping up with. Similar to previous years, Twitter has yet again served as a hotbed of crypto industry discussion in 2021.

Over the past 12 months, Bitcoin (BTC) rode a price rollercoaster, nonfungible tokens (NFTs) sold for millions of dollars and Dogecoin (DOGE) reached illogical price highs — and that’s just the tip of the iceberg. Twitter, of course, sat right in the middle of the action, with people and companies posting all sorts of industry-related content.

Providing a glimpse into some of the action — a time capsule of sorts for the future, or maybe an update for folks who function away from the heartbeat of the industry — here are 10 notable crypto industry-related tweets from 2021 (in no particular order).

In September 2020, Bitcoin dawned a new hat, taking recognition as an official form of currency for the first time in its history. On Sept. 7, 2021, El Salvador formally established BTC as a form of money in the country.

In 3 minutes, we make history.#BitcoinDay #BTC

Crypto regulation a hot topic in 2021

Cynthia Lummis, a United States senator, showed her colors as a crypto sector proponent on multiple occasions amid a year filled with digital asset regulatory discussion.

One example from 2021 included her actions in fighting back against vague crypto regulations.

According to Chainalysis, cryptocurrency-related crime is smaller than criminal activity with cash. #Crypto regulations need to leave room for innovation. Just because a limited number of bad actors have abused crypto doesn’t make it evil.

Francis Suarez, the mayor of Miami, Florida, sent out a tweet early in 2021 noting his intention to push crypto in the city. Throughout 2021, Suarez proved to be a positive force for crypto adoption both in and outside of Miami.

He gave the opening speech at the Bitcoin 2021 conference, hosted in Miami. He also expressed an intention to receive BTC for a portion of his annual pay, among other crypto adoptive moves.

The City of Miami believes in #Bitcoin and I’m working day and night to turn Miami into a hub for crypto innovation.

This particular tweet from MicroStrategy CEO and founder Michael Saylor may not be particularly special, but it represents longevity from one of Bitcoin’s newer cheerleaders.

Michael Saylor jumped on the Bitcoin train in 2020 and has shown a continued passion for the asset through 2021. Throughout 2020 and 2021, with Saylor at the helm, MicroStrategy has amassed large piles of BTC. Saylor also personally owns a bag of Bitcoin.

Diamonds may be your best friend, but #Bitcoin is forever.

The tweet shown below from Peter Schiff, a gold advocate, is also not particularly important in and of itself, but more so represents Schiff’s continued skepticism of Bitcoin. This is a position he is known for throughout the crypto industry and a stance that he continued throughout 2021 — so much so that even his son, an avid BTC supporter, has not changed the mind of Schiff senior.

Clearly @saylor doesn’t understand the game that he’s playing. It’s like musical chairs. In the end the one left holding the most #Bitcoin is the biggest loser. The winners will be the whales who got in early, pumped up the price, then cashed out before the music stopped playing.

Elon Musk has tweeted about crypto on multiple occasions and is known for paying attention to Dogecoin (DOGE). In February 2021, Tesla unveiled a $1.5 billion Bitcoin purchase. Tesla also began allowing BTC as a method of payment.

Months later in May, Musk tweeted out an image to explain Tesla’s halt in accepting BTC payment was due to concerns regarding Bitcoin’s fossil fuel energy toll. Bitcoin fell noticeably in price around the time that Musk sent out the tweet.

A crypto asset that would raise issues?

A good portion of 2021 has included a discussion on U.S. dollar inflation. Money printing in the U.S. has gone wild in the hands of government forces trying to alleviate the economic drawbacks of the COVID-19 pandemic.

In contrast, a great number of networks in the crypto industry allow for assets to be governed by the community; depending on the project, many of these have the potential for fixed maximum supplies for the number of crypto assets that will be released into circulation. Gemini crypto company co-founder Cameron Winklevoss’ tweet shows how the U.S. dollar would look if it were a crypto asset.

Imagine a crypto where the supply increased 4x without input from the community. It wouldn’t pass the shitcoin giggle test. Now think about the fact that I’m actually describing the US dollar.

It can be hard to know where new technology or industry sits on an adoption timeline. Although views on the matter can vary depending on multiple factors, analyst Willy Woo’s tweet in February 2021 gave the public one possibility, comparing Bitcoin to the internet boom.

In terms of adoption, Bitcoin has roughly the same users as the Internet had in 1997.

But Bitcoin’s growing faster. Next 4 years on current path will bring Bitcoin users to 1b people, that’s the equivalent of 2005 for the Internet. pic.twitter.com/Np9yTR3WkL

A less technical sign of adoption (or the top of a market?)

The course of 2021 has been filled with numerous mainstream world big players getting involved in the crypto industry in one form or another. Famous actress Reese Witherspoon decided to dive into crypto this year, telling the world via a tweet.

The tail end of the crypto industry’s last major bull market before that of 2020/2021, however, saw singer Katy Perry reveal a picture of her fingernails painted with cryptocurrency logos on them in late January 2018 — close to the market’s top.

Just bought my first ETH! Let’s do this #cryptotwitter

Topping off the list for 2021: the time when crypto went so mainstream that a major professional sports arena was renamed after a crypto company, but not everyone liked the move.

We’re extremely proud to announce that Staples Center, Los Angeles’ most iconic arena is getting a new name:

As part of this 20 year partnership, we’re also excited to welcome the @Lakers & @LAKings as our newest partners! pic.twitter.com/KCfYKySDRt

Another year, another batch of tweets

Another year has come and gone in the ever-changing crypto industry, with 2021 proving the sector still loves participation on one of the world’s most prominent social media platforms: Twitter.

Will 2022 prove similar? Or perhaps even better?