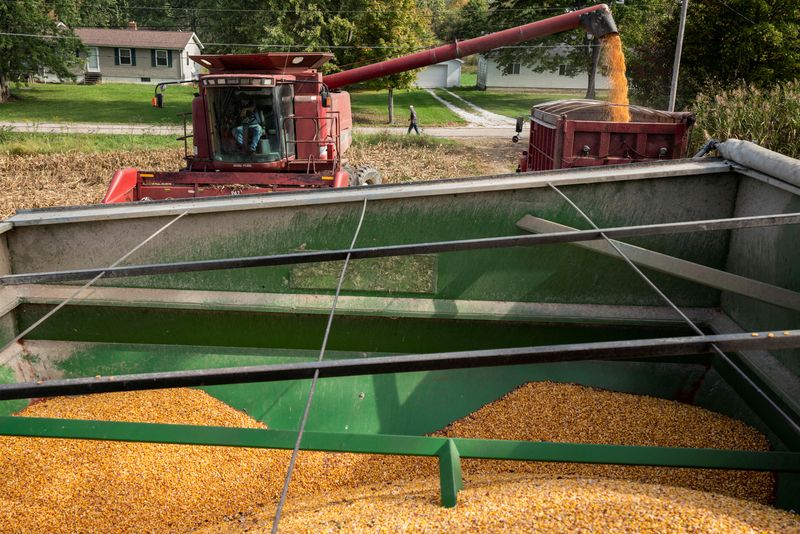 The nation’s biofuel policy, the Renewable Fuel Standard (RFS), requires U.S. oil refiners to blend billions of gallons of corn-based ethanol, soy-based diesel, and other biofuels into fuel each year or purchase credits from those that do, a law intended to help farmers and ease energy imports.

But prices of corn, soy and wheat have jumped sharply since the invasion of Ukraine, a major grains producer, raising worries at the White House about consumer food inflation.

Corn and soy are common food ingredients and also widely used as feed for livestock.

The sources said the administration was looking at whether waiving the RFS requirements could help fend off food inflation by making more corn and soy available for food and meat production. There was no indication, however, that the White House was close to a decision.

Asked for comment, an administration official told Reuters that “there is no serious consideration of this by the White House right now.”

Consumer inflation, including for food and energy, has become a major political vulnerability for the White House leading into the mid-term elections.

Chicago Board of Trade wheat futures prices have surged 26% to a 14-year high since the invasion of Ukraine and corn futures are at a decade high. Russia and Ukraine combined account for about 29% of global wheat exports and 19% of corn exports.

Oil prices have also spiked, vaulting above $100 a barrel to levels not seen since 2014. Russia is a major oil producer and traders have shunned its energy shipments since the invasion, mainly over concerns about sanctions.

To counter price rises, the White House has orchestrated two releases of from strategic stockpiles alongside international partners since late last year. It has also publicly slammed big food companies for price hikes.

The RFS has been a lightning rod of contention between the agriculture and oil industries. Farmers and biofuel producers support the policy because it provides them a lucrative and stable market, while oil refiners say it imposes heavy costs on the industry.