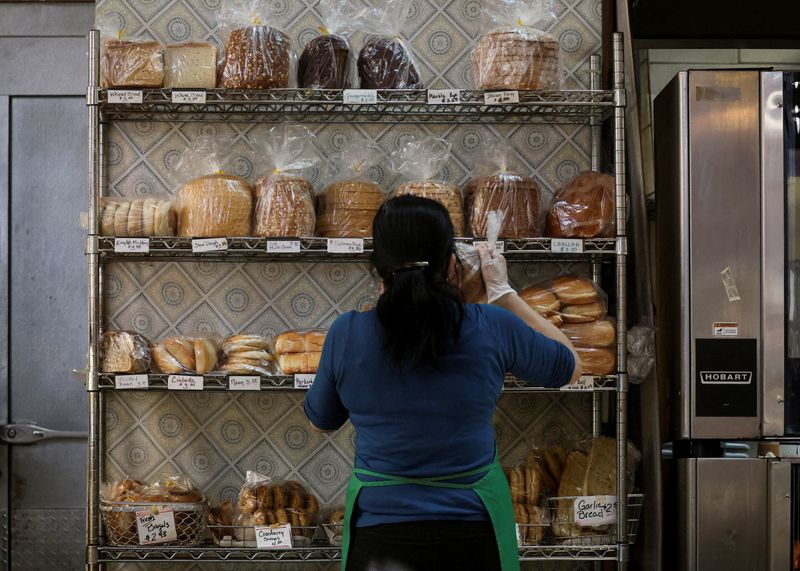 Supply disruptions from Russia and Ukraine, which together account for 30% of world wheat exports and 20% of corn exports, will erode food security for millions of people, with the Middle East and north Africa especially vulnerable due to their reliance on imports, said Julie Marshall, spokesperson for the World Food Programme.

Oil and gas prices have also spiked due to sanctions against Russia, while costs of freight and raw materials like steel were already soaring due to pandemic-related supply chain breakdowns.

Even consumers in two of the world’s biggest wheat-growing nations, Canada and the United States, are paying the price.

“Unfortunately for the short and intermediate-term, food inflation and the cost of baked goods in the United States will go up more. This will impact the most vulnerable in our society the most,” said Robb MacKie, president and chief executive of the American Bakers Association.

Weeks before the latest wheat price spike, Calgary Italian Bakery in Alberta raised prices 7% to keep pace with costs associated with last year’s Canadian drought and inflation in prices of flour and yeast.

Now Louis Bontorin, co-owner of the 60-year-old family business, fears he will need to raise prices significantly again, once he has depleted his four to five months’ flour supply.

“This could be really, really devastating,” Bontorin said. “Bread is one of the fundamentals, the essentials, and that’s the hard part. You’re trying to just take what you need, but you’re also cognizant of what effect (higher price) has on the consumer.

“The buying power of everybody is just being eroded.”

The threat to wheat supplies from Russia’s invasion of Ukraine has been exacerbated by a drop in global stocks of major exporters.

Supplies in the European Union, Russia, the United States, Canada, Ukraine, Argentina, Australia and Kazakhstan are set to fall to a nine-year low of 57 million tonnes by the end of the 2021/22 season, International Grains Council (IGC) data shows.

‘PAY THE COST OR DON’T GET YOUR FLOUR’

Some mills signed contracts with farmers last autumn for the wheat they are currently using, insulating them for now from spikes related to the Russia-Ukraine war. But one miller said once it faces those higher costs, it will have to pass them along to the bakers that buy his flour.

“It will be mandatory. Either pay the higher cost or don’t get your flour,” said the miller, who asked not to be named due to the sensitivity of the situation. “I don’t think the general population has any idea what repercussions they will face.”

After Russia invaded, Rogers (NYSE:) Foods’ President Joe Girdner’s phone started lighting up. The bakers who buy flour from his two British Columbia mills are now looking to secure supplies further out than before, on fears that prices could escalate even more.

It is also a problem for the miller. Spring wheat supplies were already running thin because of drought last year, and now global buyers who were depending on Black Sea supplies, may turn to Canada for wheat and compete with domestic mills, Girdner said.

“It’s a really big concern,” Girdner said of the Russia-Ukraine war. “And the real story will be if this situation drags on.”