There are some important things going on below the surface 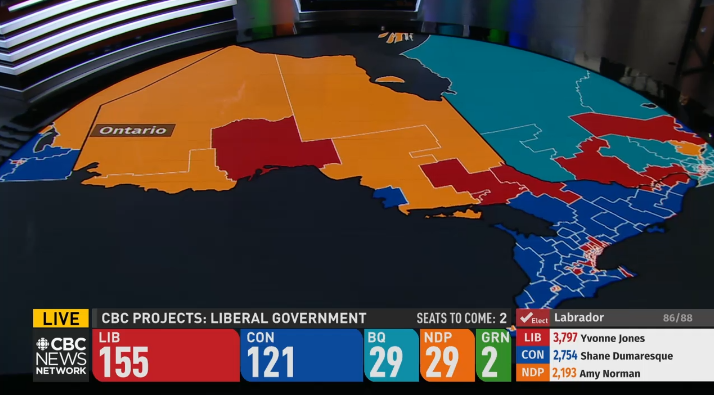 The Canadian Liberal party will return to power with a minority government rather than the majority that Justin Trudeau coveted, CBC now projects.

As it currently stands, they’re ahead in 155 ridings, short of the 170 needed for a majority.

What’s interesting is that the Liberals trail in the popular vote with 33.47% compared to 33.75% for the Conservatives. But in a first past the post system that doesn’t always translate into seats.

What happened in this party is that support for the green party collapsed, with some of that going to the Liberals and much of it to the NDP. Secondly, the far right People’s Party also emerged from fringe status, capturing anti-vax and anti-lockdown sentiment to grab around 6% of the popular vote, sapping nearly all of that from Conservatives.

Without some of that good luck, Trudeau would have lost this election… but that’s politics.