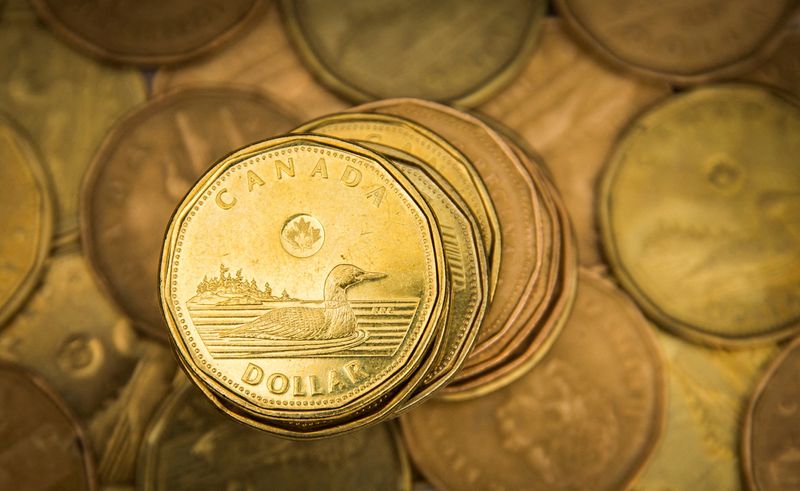 TORONTO (Reuters) – As the Russia-Ukraine crisis propels to its highest level in 14 years, the historic link between the Canadian dollar and energy prices has weakened, leaving the Bank of Canada with one less tool to fight inflation.

The normal tight relationship between the Canadian dollar and oil has typically meant the central bank could rely on a stronger currency to ease inflation pressures brought on by higher energy prices. Gains for the would reduce the cost of Canada’s imports.

But not so in the current cycle, with the crisis also hurting the outlook for the global economy, a negative for risk-sensitive currencies like the loonie, and driving demand for the safe-haven U.S. dollar.

“There is a kink in the CAD-oil relationship,” said Eric Theoret, global macro strategist at Manulife Investment Management. “You are not getting the currency strength that would dampen inflation.”

Meanwhile, the 3-month rolling correlation between the Canadian dollar and oil has fallen to 0.3 from 0.9 in December, according to Refinitiv Eikon data, moving closer to the zero threshold that would indicate no connection.

“What we’ve seen over the last month or two has definitely been a quite significant outlier in what has been historically a very steady and pretty consistent relationship,” said Shaun Osborne, chief currency strategist at Scotiabank.

“We would probably be in a situation here where the Bank (of Canada) would not be pushing back against the idea of a stronger Canadian dollar.”

Canada’s central bank has pledged to tame inflation, which reached a 30-year high of 5.1% in January. Last Wednesday, it raised its key interest rate for the first time in three years and made clear more hikes are on the way.

Inflation could move even higher over the coming months due to surging commodity prices, economists say.

Higher energy prices will ultimately benefit the loonie over the coming year, say strategists in a Reuters poll, but due to an improvement in Canada’s terms of trade, or the ratio of its export prices to import prices, rather than an expected increase in investment.

“The era of ‘drill, baby drill’ is over in America and it’s the same kind of discipline in Canada,” said Adam Button, chief currency analyst at ForexLive, referring to a political slogan of the U.S. Republican Party.

“Oil isn’t the driver (of the Canadian dollar) it once was,” Button said.