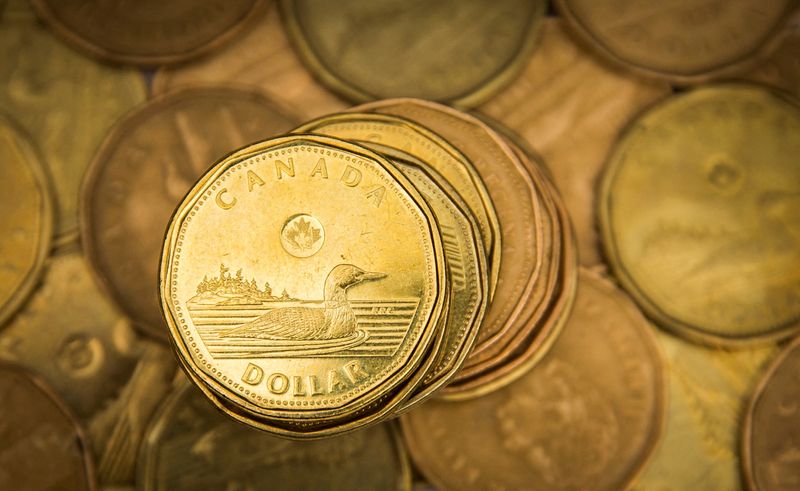 TORONTO (Reuters) – The Canadian dollar is expected to strengthen over the coming year as global economic recovery continues from the COVID-19 crisis but gains for the currency could be kept in check by Federal Reserve interest rate hikes, a Reuters poll showed.

The median forecast in a Reuters poll was for the Canadian dollar to strengthen 1% to 1.26 per U.S. dollar, or 79.37 U.S. cents in three months, compared to 1.25 in last month’s forecast.

“Our expectation of Canadian dollar strength over the 12-month horizon is based upon our expectation of improved global growth conditions,” said Simon Harvey, Head of FX analysis for Monex Europe and Monex Canada.

Growth will pick up after the first quarter of the year “as variant risk subsides,” Harvey added.

Canada is a major producer of commodities, including oil, so the tends to be sensitive to the outlook for the global economy. Oil has rallied 27% since December.

Canadian provinces have announced in recent days restrictions to curb the spread of the Omicron coronavirus variant, mirroring moves in some other countries.

Still, investors remain generally calm about the global economic impact of the variant after studies suggested the risk of hospitalization is lower.

Also supportive of the loonie, the Bank of Canada https://www.reuters.com/markets/us/despite-omicron-bank-canada-likely-signal-earlier-rate-hikes-possible-2021-12-17 is likely to change its interest rate guidance this month so that it has the option to raise borrowing costs earlier than planned.

Money markets expect Canada’s central bank to hike five times in 2022 and that the policy rate will peak over the coming years at 2%, the so-called terminal rate.

That exceeds the 1.6% endpoint seen for the U.S. Federal Reserve but those expectations could shift.

“We still think the terminal rate in the U.S. is going to be higher,” said Bipan Rai, North America head, FX strategy at CIBC Capital Markets.

“Once we get more hikes priced in further out (the money market curve) for the Fed, that should translate into U.S. dollar strength.”

The Canadian dollar was the only G10 currency to gain ground against the greenback in 2021, rising 0.8%.

(For other stories from the January Reuters foreign exchange poll:)