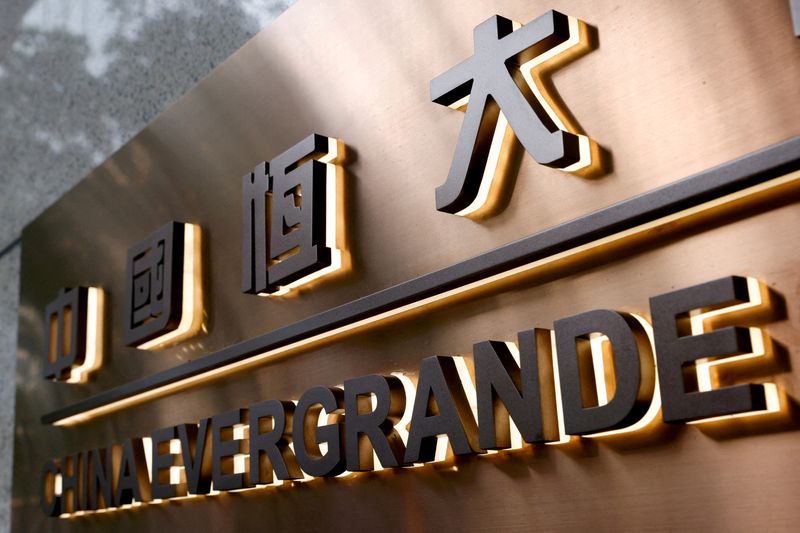 HONG KONG (Reuters) -China Evergrande Group shares will be suspended from trading on Monday pending the release of “inside information”, the embattled property developer said without elaborating.

Evergrande, the world’s most indebted developer, is struggling to repay more than $300 billion in liabilities, including nearly $20 billion of international market bonds that were deemed to be in cross-default by ratings firms last month after it missed payments.

The property developer missed new coupon payments worth $255 million due last Tuesday, though both have a 30-day grace period.

The firm has set up a risk management committee with many members from state companies, and said it would actively engage with its creditors.

Local media reported over the weekend a city government in the Chinese resort island of Hainan had ordered Evergrande on Dec. 30 to demolish its 39 residential buildings within 10 days, due to illegal construction.

The buildings stretched over 435,000 square meters, the reports added, citing an official notice to Evergrande’s unit in Hainan.

Evergrande did not respond to request for comment on the Hainan development.

The move highlights the deepening liquidity squeeze at the property developer.

“The market is watching the asset disposal progress from Evergrande to repay its debt, but the process will take time,” said Conita Hung, investment strategy director at Tiger Faith Asset Management.

“And the demolition order in Hainan will hurt the little homebuyer confidence remained in the company.”

Evergrande said last week 91.7% of its national projects have resumed construction after three months of effort. Many projects were halted previously after the developer failed to pay its many suppliers and contractors.