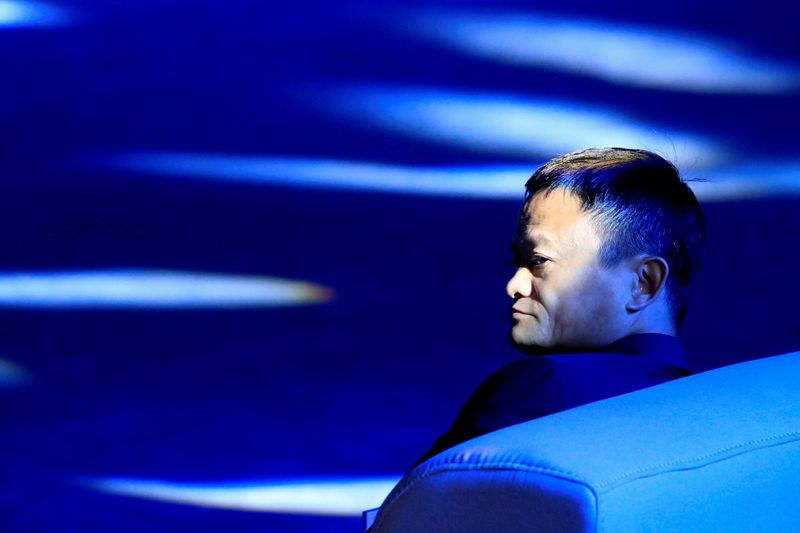 SHANGHAI (Reuters) – Alibaba (NYSE:) Group founder Jack Ma has been left off a list of Chinese entrepreneurial leaders published by state media – the snub underscoring how just far he has fallen out of favour with Beijing.

China’s best known businessman was not mentioned in an front-page article published by the Shanghai Securities News. Instead Huawei Technologies’ Ren Zhengfei, Xiaomi (OTC:) Corp’s Lei Jun and BYD’s Wang Chuanfu were lauded for their contributions.

It was published on Tuesday when Alibaba will also report its latest quarterly earnings. The e-commerce giant did not immediately respond to a request for comment.

The catalyst for Ma’s current woes was an Oct. 24 speech in which he blasted China’s regulatory system, leading to the suspension of his Ant Group’s $37 billion IPO just days before the fintech giant’s listing.

Regulators have since launched an anti-trust probe into the tech sector with Alibaba taking much of the heat, while tighter regulations for Ant Group are also being considered.

Ma, who is not known for shying away from the limelight, subsequently disappeared from the public eye for about three months, triggering frenzied speculation about his whereabouts. He re-emerged last month with a 50-second video appearance.

The Shanghai Securities News said that while some of the entrepreneurs it praised had once behaved like “reckless heroes” in their efforts to break away from an old, rigid economic system, they now led “a group of companies that respected the rules of development and abided by market rules.”