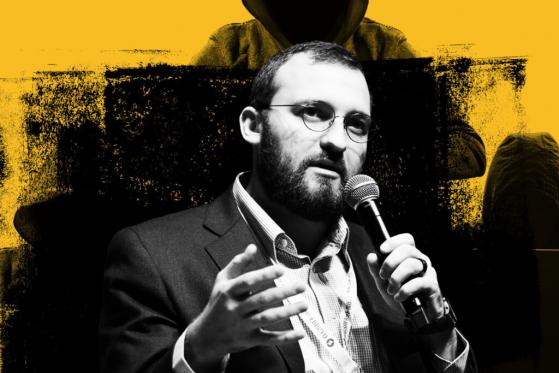 Read in the Digest

, , , , and rebound from Black Friday plummet.
Ripple’s CEO believes the case with the SEC will end in 2022.
Cardano’s founder details plans for dApp security on the Network.
Metaverse lectures are springing up in China, teaching citizens how to play GameFI on BSC.
Translated Japanese Sci-Fi novels to be sold exclusively as NFTs, new NFT use cases transforming digital art.

Black Friday was a day to forget for Bitcoin and Altcoins as prices fell to new monthly lows across most cryptos. BTC traded at as low as $53,569, while Ethereum (ETH) slipped below $4,000 for the first time in November.

That said, the crypto market is now recovering with Bitcoin leading the charge. Over the last 24 hours, Bitcoin has gained more than 5% in value, as is now trading at $57k as of this writing.

While the crypto market recovers, investors have raised concerns about the new strain of Covid-19 – Omicron.

The swift recovery from the Black Friday plunge demonstrates the resilience of the crypto market.

Brad Garlinghouse, the chief executive officer of the embattled Ripple, believes that its case with the United States Securities and Exchange Commission could be concluded in 2022. In December 2020, the SEC charged Ripple Inc. with selling $1.3 billion unregistered securities.

Garlinghouse explained that, despite the prolongment of the case, they are making good progress amid “a slow-moving judicial process.” He also believes that the case, which is almost a year old, would be concluded in 2022.

“Clearly, we’re seeing good questions asked by the judge. And I think the judge realizes this is not just about Ripple. This will have broader implications.”

Since its lawsuit, XRP has been delisted from major exchanges and is now down 75% from its all-time high.

In addition to bringing finality, a win for Ripple would be a big win for the crypto industry at large.

Much to the dismay of the Cardano community, most of the great new functionalities promised by the Alonzo upgrade have faced delays to their launch dates. Only the Plutus Application Backend (PAB) has been launched, which suggests that the process is still ongoing.

Speaking on the issue of dApps on the network, Charles Hoskinson, the founder of Cardano, explained how the community should “manage expectations” for dApps.

Hoskinson explained that over $10.5 billion has already been lost or stolen from dApps in 2021. Hence, the need to create “high assurance” software with minimal risks and bugs. While explaining that the process can be time-consuming, he added that “we’re moving as fast as I think any project ought to.”

“Cardano dapps are under construction, and I wouldn’t be surprised to see them in the market very soon, like within weeks to months.”

Despite Cardano’s developments and decision making processed, Israeli cryptocurrency exchange “eToro” has announced that it will be delisting Cardano (ADA) for U.S. customers before the end of the year.

Cardano (ADA) needs patience from the crypto community as it evolves into a full dApp ecosystem. As its utility increases, so should its price.

Metaverse Lectures are Springing up in China, Teaching Citizens How to Play GameFi on BSC

The metaverse is currently one of the most discussed topics in the world, as it promises to change the way we interact in the future. The recent technology trend, which Grayscale says is a $1 trillion opportunity, has made its way into China’s anti-crypto spheres.

According to a recent report, “meta-universe” lecture seminars have appeared in Shanghai, teaching citizens how to play GameFi games on BSC. Miss Cai, a Shanghai citizen, said during an interview that she attended a meta-universe seminar in a salon in Shencheng in early November.

However, she felt suspicious of the speech and called the 12345 public service hotline to report that someone was “brainwashing and promoting virtual meta-universe investment.”

The growth contradicts China’s stance towards cryptocurrencies, which are currently outlawed.

The metaverse is growing at a rapid pace and looks set to engulf every industry, changing how we interact in the future.

The growth of non-fungible tokens can be seen in its November transaction volumes of more than $16 billion. Creating a new use case, Miyuki Ono’s Japanese sci-fi novel “Pure” has been translated into English and is being sold exclusively as NFTs.

Three versions of the novel are on sale on the OpenSea NFT Marketplace. The original story in Japanese, and two English versions, translated by Laurel Taylor and Kalau Almony. The writer, Ono, believes that this could create a new income channel for writers and translators who are currently being vastly underpaid for their work.

While the use cases for NFTs are almost limitless, we may be seeing exponential potential for use cases in the digital arts. Generative NFTs are growing in popularity and encouraging new scopes for digital art.

For example, holders of Bored Ape Yacht Club NFTs get digital vials of mutant serum, which they could infuse their Bored Ape with in order to create a new NFT – a Mutant Ape. We have also seen generative NFTs in music. Very recently, American musician, Meek Mill, announced the release of the final installment of ‘Dreamchasers’ as an NFT.

Despite the growing popularity of NFTs, some investors still believe that digital arts are overpriced.

With the growing use-cases of NFTs in the real world, and the growing interest in the metaverse, it is only a matter of time until we see full-on mass NFT adoption.