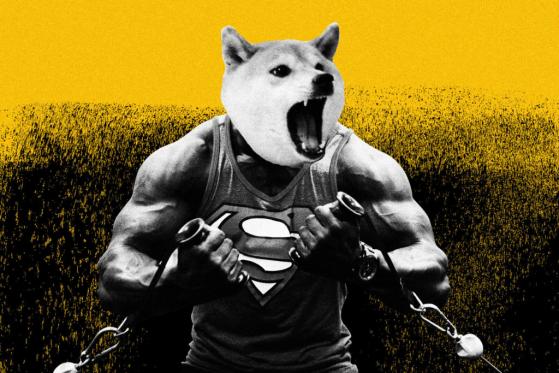 Read in the Digest

There have been rumors about Robinhood listing Shiba Inu, and analysts believe it could be beneficial for both parties. A petition for Robinhood to list Shiba Inu (SHIB) has garnered over 333k signatures.

Regardless of the drop in its revenue, the CEO of American firm Robinhood, Vlad Tenev, has announced that the waiting list to subscribe to the crypto wallet has exceeded one million customers

Despite the losses, Vlad Tenev disclosed that Q3 was about developing more products and services for their customers, including its upcoming crypto wallets.

Shiba Inu (SHIB) Jumps 27% Amidst Robinhood Rumors, 30% of Crypto Holders in the U.S. Own DOGE

The DOGE-killer, Shiba Inu, is experiencing a resurgence following a price drop sparked by the revelation that Tesla (NASDAQ:) CEO Musk doesn’t own SHIB. The token has jumped by more than 27%, hitting a new all-time high of $0.0000594 on October 27.

The rally started after rumors that financial service provider Robinhood could list SHIB soon. A petition on Change.org that requests Robinhood list Shiba Inu has now garnered more than 333,000 signatures.

Dogecoin, the other meme coin that has received support from Elon Musk, has reached an outstanding feat. According to a new survey, almost one-third of all U.S. crypto holders now own Dogecoin (DOGE).

Finder reported that 30.6% of crypto owners in the U.S. own Dogecoin, which is 1.6 times the global average adoption rate of 19.2%.

While supporting both cryptos, Musk has revealed he doesn’t own SHIB and isn’t working with the Dogecoin Foundation.

Starting out as meme coins, Shiba Inu and Dogecoin have remained resilient, keeping up with the trends of the crypto industry.

U.S. Regulators Exploring How Banks Could Deal with Crypto

Chairman of the Federal Deposit Insurance Corporation (FDIC), Jelena McWilliams, has revealed that a roadmap is being developed for banks dealing with crypto. She opined that the nation needs “to allow banks in this space, while appropriately managing and mitigating risk.”

She added that if crypto activities are not brought inside banks, they will go elsewhere, making it more difficult for federal regulators to monitor the industry.

There has been a lack of regulatory clarity as to how banks in the U.S. are to deal with crypto. This move could clarify how banks could hold cryptocurrencies in the future.

With the growing global interest in NFTs, the creator of the world’s most popular digital creativity software, Adobe, has announced a “prepare as NFT” option. The feature, which will roll out in October’s Photoshop update, will allow users to verify the credential metadata of NFTs.

Global news agency the Economist, has delved further into the NFT space, selling the NFT version of September’s “Down the Rabbit Hole” for 99.9 ETH ($420,000). The edition told the story of “the beguiling promise of decentralized finance.”

American filmmaker David Lynch has joined the bandwagon of celebrities issuing NFTs. Lynch has collaborated with the band Interpol in issuing a series of seven NFTs that are being offered via SuperRare.

Non-fungible tokens are growing in adoption and relevance. The ability to verify authenticity and origin have increased their importance in digital art.