Deutsche Bank has been notified by the US Department of Justice that it may be in violation of a criminal settlement after it failed to alert authorities about an internal complaint at its asset management division, according to people familiar with the matter.

The potential violation of the deferred prosecution agreement threatens the latest setback for the German lender, which has been plagued by legal and regulatory woes for years.

Deutsche Bank agreed in January to pay US authorities almost $125m and entered into a deferred prosecution agreement to resolve allegations that it breached bribery and fraud laws by using a network of business development consultants to funnel kickbacks to clients.

However, the DoJ is exploring whether Deutsche violated this agreement after the agency learned about the internal complaint at the bank’s asset manager, DWS Group. The complaint related to the asset manager’s approach to environment, social and governance, or ESG, standards, the people said.

The potential violation was first reported by The Wall Street Journal.

If authorities determine the accord has been violated, repercussions range from extending the three-year deferred prosecution agreement up to one year to criminal prosecution, according to court filings.

The justice department last month told the Financial Times that it was preparing to launch a crackdown on wrongdoing by companies.

John Carlin, a senior official working on the department’s effort, said “you’ll see cases in the weeks to come” involving “some of the largest corporations” operating in the US. 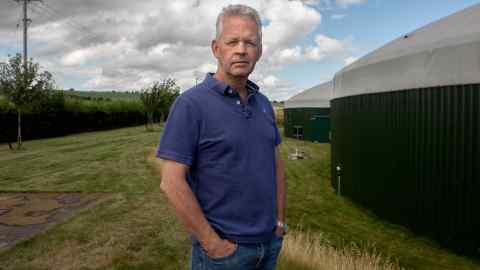 Carlin at the time said one potential target for the DoJ was companies that had violated the terms of deferred prosecution agreements. The department could notify companies that were in contravention of such agreements and take action against them, he said.

The DoJ’s tougher stance on white collar crime comes after Joe Biden’s administration pledged to implement a more rigorous approach to corporate malfeasance than Donald Trump’s presidency, when the government was accused by some detractors of being too permissive.

The German lender’s recent legal headaches include claims the bank sold exotic financial products to small and medium-sized companies in Spain, pushing some into financial distress.