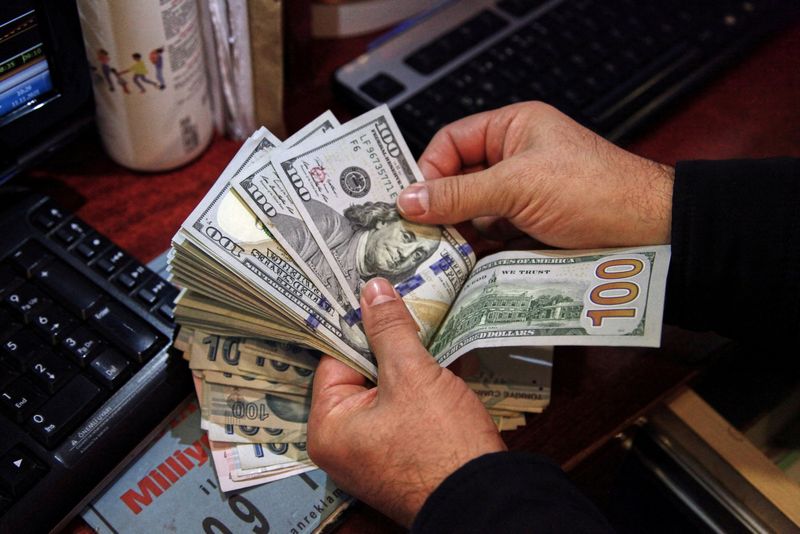 LONDON (Reuters) – The dollar ticked up against its major rivals as an upbeat market mood on Monday lifted European equities and government bond yields for the first day of trading of 2022.

But with London, Europe’s main FX trading centre closed for a market holiday, volume was expected to remain limited.

While the surge in coronavirus cases caused by the Omicron variant continued to disrupt global travel and public services, hopes were high that the economic damage of stringent lockdowns can be avoided.

The , which measures the greenback against major peers, rose 0.12% to 95.79, while the pan-European hit a new record high and U.S. stock futures pointed to a positive session on Wall Street.

The Japanese yen retreated briefly to 115.36 per dollar, its lowest since the end of November but gradually climbed to 115.15.

Supply bottlenecks held back German manufacturing activity in December, but manufacturers with full order books expressed confidence that these will ease in 2022, a survey showed.

“German manufacturers are confident about growth prospects in the coming year, though much still depends on an improvement in the supply situation”, said Economics Associate Director Phil Smith, commenting on Monday’s IHS Markit PMI survey.

In the broader euro zone, manufacturing activity remained resilient as factories took advantage of an easing in supply chain constraints and stocked up on raw materials at a record pace.

Markets are expecting the European Central Bank to stick to a dovish stance while the U.S. Federal Reserve and the Bank of England tighten monetary policy.

Turkey’s annual inflation jumped far more than expected to 36.08% year-on-year in December, the highest since September 2002, reflecting a plummeting lira late in 2021.