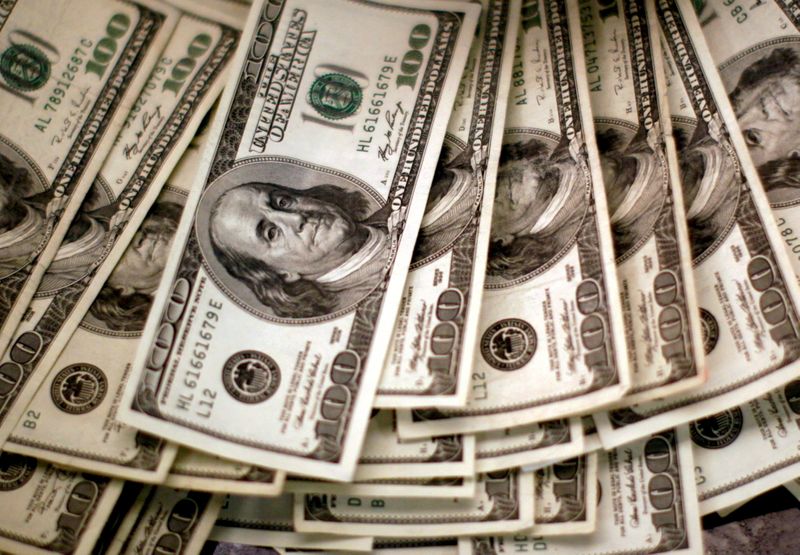 TOKYO (Reuters) – The dollar held a three-day loss against major peers and traded near a one-month low to the yen on Wednesday, with highly anticipated U.S. inflation data looming that could guide the timing of a Federal Reserve interest rate increase.

China will also release readings on consumer and producer prices on Wednesday, which could sway the direction of policy there as property sector woes threaten the broader economy.

The , which measures the greenback against six rivals, was little changed at 93.970 after retreating gradually from a more than one-year peak at 94.634 reached Friday.

“We’ll need to see a print of 0.8% month-on-month to see the dollar index break out of the top of the range of 94.50,” Chris Weston, head of research at brokerage Pepperstone in Melbourne, wrote in a client note.

While the dollar has been trending lower against the yen, “if U.S. CPI comes in hot then this poses a risk to shorts,” he wrote.

Wednesday’s inflation readings from the world’s two biggest economies will be the next major indicator of whether rising price pressures are accelerating globally.

Data on Tuesday showed U.S. producer prices increased solidly in October, indicating that high inflation could persist for a while amid tight supply chains related to the pandemic.

Analysts said the growing demand signaled inflation concern is taking hold among a broader swath of investors and the public.

Fed officials on Tuesday said it is not clear that high inflation will become more entrenched than previously expected.

San Francisco Fed President Mary Daly said it will be mid-2022 before there is more clarity on the employment and inflation outlook. Minneapolis Fed President Neel Kashkari said he believes the forces currently keeping people out of the labour market and pushing up prices will be temporary.

Meanwhile, U.S. President Joe Biden met with Fed Governor Lael Brainard as a potential next Fed Chair. She would be considered a dovish pick.

“Otherwise, the underlying picture remains USD supportive,” and dips in the dollar index to the mid-93 level are a buying opportunity, they said.

Sterling, hammered last week in the wake of the Bank of England’s surprise decision to keep rates on hold, has been stable this week and last bought $1.3357, up from Friday’s more than one-month low of $1.3425.

The risk-sensitive dollar was slightly weaker at $0.73765, not too far from the lowest since mid-October at $0.73595, reached at the end of last week.

In cryptocurrencies, bitcoin hovered below the all-time high of $68,564.40 marked on Tuesday, last changing hands just north of $67,000.