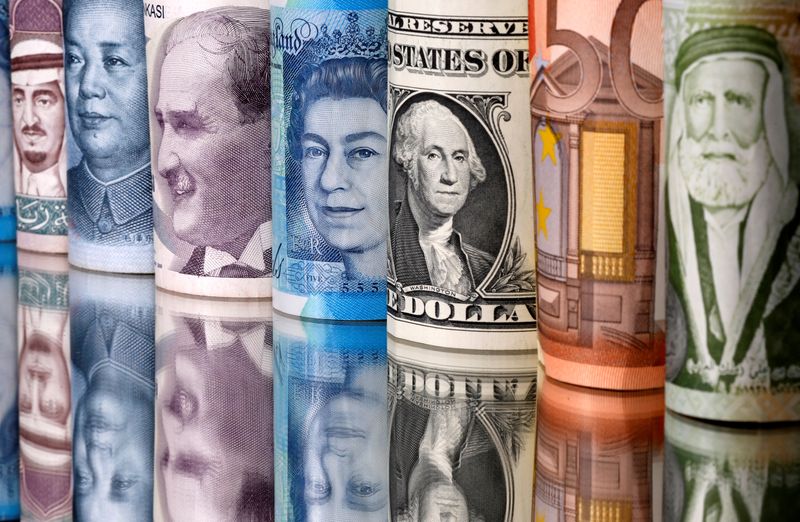 LONDON (Reuters) – The dollar climbed to multi-week highs against other major currencies on Thursday, bolstered by the prospects for faster and larger interest rate hikes in the months ahead.

As London trade got under way, the held at its highest levels since mid-December, while the euro languished at two-month lows of $1.11930. The greenback also hit its highest levels in more than a year against the New Zealand dollar and a seven-week peak against Australia’s currency.

It rose broadly against emerging market currencies as money markets moved swiftly to all but price in as many as five Federal Reserve rate rises this year.

The Fed concluded a two-day meeting on Wednesday and Fed chief Jerome Powell said the central bank was in a mind to begin hiking in March to tame inflation.

He stressed that no decisions had been taken, but answering a question about whether the central bank would consider a 50-basis point hike, he replied without ruling it out.

He said instead that the economy seemed stronger than in the most recent hiking cycle and inflation, much hotter with room to raise rates without “threatening” the labour market.

U.S. gross domestic product figures later on Thursday are expected to show annual growth at its strongest since 1984.

“While the market had already been priced for hikes, a lot of people were assuming that the Fed might be more sensitive to the equity market, which it wasn’t,” said Jane Foley, head currency strategist at Rabobank. “Also the Fed’s mention the balance sheet has focused markets’ mind on the withdrawal of stimulus.”

Foley added that a shake-out of overly long dollar positions earlier in the month had left the greenback in a position to react to the latest Fed signalling.

The dollar’s overnight leap of 0.7% against the yen was its sharpest in more than two months, while Treasury yields shot higher and stock markets took a fresh beating as rate-hike prospects resonated.

The dollar index was last at 96.825, holding near its highest levels since mid-December.

Sterling fell to a one-month low at $1.3407 and was last down 0.4% on the day. Britain’s pound is delicately balanced as traders keep a wary eye on Prime Minister Boris Johnson, who is under pressure after attending parties during lockdowns, and on next week’s Bank of England meeting. [GBP/]

Elsewhere, took a hit as data showed Chinese industrial profits grew at their slowest pace in more than 18 months, bolstering the case for policy support.

The yuan was on course for its steepest daily drop in more than a month in onshore trade and last traded at 6.3632 to the dollar. Emerging markets currencies across Asia also logged losses.[CNY/][EMRG/FRX]

After a battering last week, cryptocurrencies have mostly held their ground in the wake of the Fed’s meeting, though bitcoin was last down 2% at $36,049.