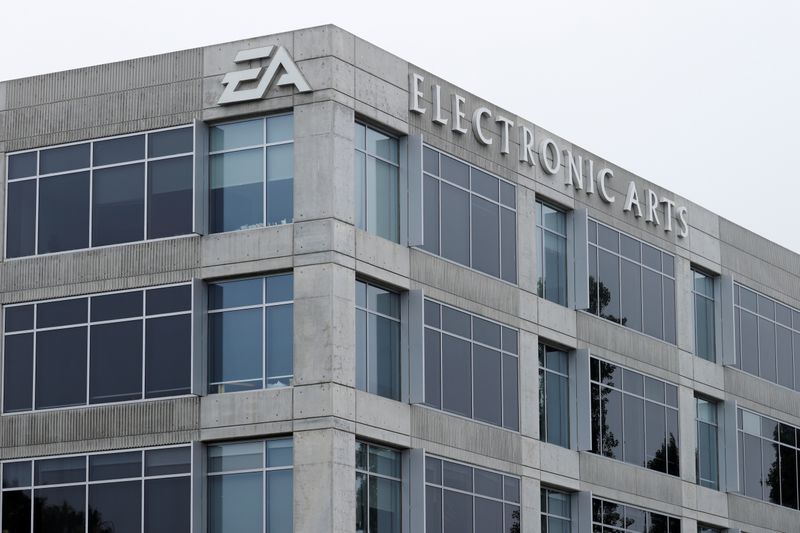 (Reuters) – Electronic Arts Inc (NASDAQ:) on Tuesday raised its annual sales outlook, betting on strong sales of its sports titles including “FIFA 21” and “Madden NFL 21” as more people turn to videogames to keep themselves entertained during COVID-19 lockdowns.

The company raised its full-year adjusted sales forecast to $6.08 billion from $5.95 billion, edging past analysts’ estimates of $6.01 billion, according to Refinitiv IBES data.

Videogame sales in the United States hit a record $56.9 billion last year, according to research firm NPD, as demand for virtual entertainment soared after major public events were canceled to stem the spread of the novel coronavirus.

The company said “FIFA Ultimate Team”, the most popular mode in its flagship football franchise, had a record of nearly 6 million daily active players in December, while new players on its battle royale game “Apex Legends” jumped 30% year-over-year.

Revenue from live services, which include in-game purchases and a subscription-based online service among other items, rose 5% to $951 million in the quarter.

EA in December reached an agreement to buy UK-based Codemasters, known for its Formula One games for Playstation 4, in a deal worth $1.2 billion, outbidding rival Take-Two (NASDAQ:) Interactive Software.

The company’s adjusted revenue for the holiday-quarter, ended Dec. 31, was $2.4 billion, narrowly beating analysts’ average estimate of $2.39 billion, according to IBES data from Refinitiv.