Elon Musk is playing games on Twitter, saying he will sell 10% of his Tesla stock — worth roughly $30 billion — if the results say so. 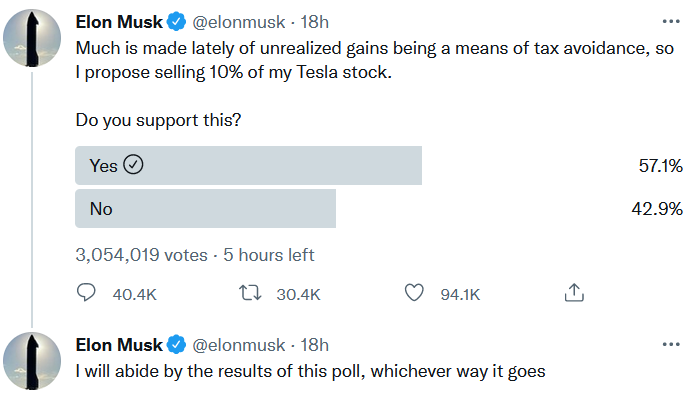 Time is ticking down on the poll and you can see which way it’s going.

Obviously, he was planning to do this anyway and is playing games. That he ran the poll on the weekend isn’t a coincidence. Tesla’s share prices has rocketed higher recently and this is a way of him selling some shares while trying to avoid some signaling. He’s also playing a bit of a PR game on the paying taxes side.

None of that matters for anyone but Elon and his cult of personality. What does matter for broader markets is TSLA, which is an enormous part of the Nasdaq now. The index made record after record last week on a frenzy of option buying, largely in Tesla shares.

In theory, he would be selling 2.3% of the company here, which is perhaps half of recent trading volume. That could easily be unloaded over a number of days without causing any ripples in the shares.

However, there’s a bubble in the shares and this could be the pin that pops it and reverses the market psychology around it. That should make for interesting trading on Monday. 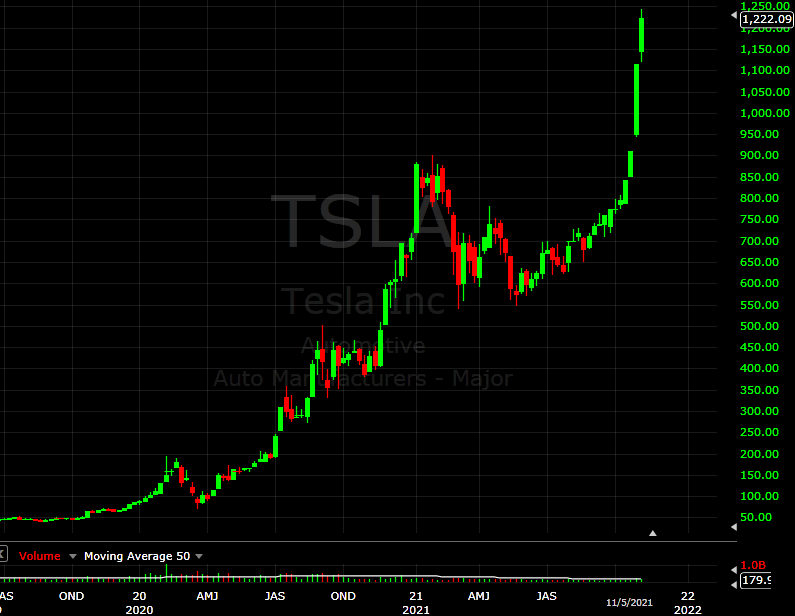