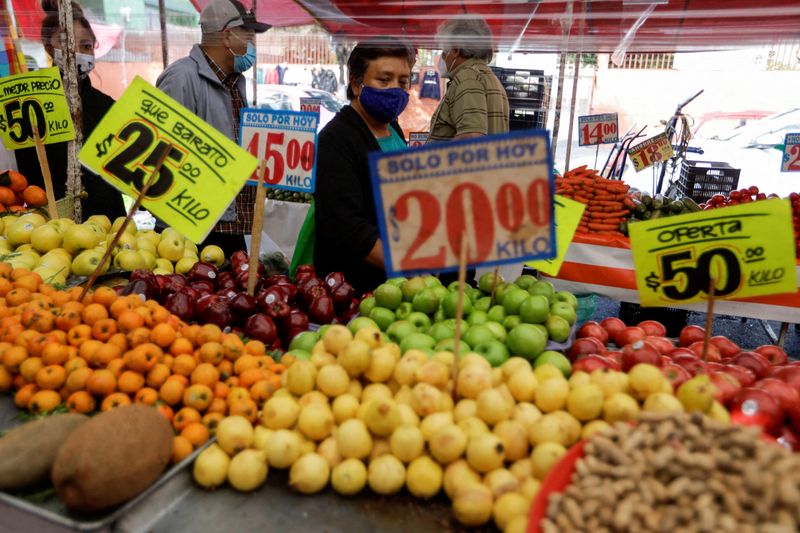 (This March 4 story corrects to replace year-on-year pct change in headline and first paragraph to 20.7% from 24.1% after FAO issued an official correction)

ROME (Reuters) – World food prices hit a record high in February, led by a surge in vegetable oils and dairy products, to post a 20.7% increase year-on-year, the U.N. food agency said on Friday.

The Food and Agriculture Organization’s (FAO) food price index https://www.fao.org/worldfoodsituation/foodpricesindex/en, which tracks the most globally traded food commodities, averaged 140.7 points last month against a downwardly revised 135.4 in January. That figure was previously given as 135.7.

Higher food prices have contributed to a broader surge in inflation as economies recover from the coronavirus crisis and the FAO has warned https://reut.rs/3JXHPq7 that the higher costs are putting poorer populations at risk in countries reliant on imports.

“A much bigger push for food price inflation comes from outside food production, particularly the energy, fertilizer and feed sectors,” he said. “All these factors tend to squeeze profit margins of food producers, discouraging them from investing and expanding production.”

Data for the February report was mostly compiled before the Russian invasion of Ukraine. Concerns over tensions in the Black Sea area were already weighing on agricultural markets even before the violence flared, but analysts warn a prolonged conflict could have a major impact on grain exports.

FAO said its vegetable oils index rose 8.5% month-on-month in February to chalk up another record high, propelled by rising palm, soy, and sunflower oil prices. Ukraine and Russia account for about 80% of global exports of sunflower oil.

By contrast, sugar was the sole index to post a decrease, shedding 1.9% from the previous month due partly to favourable production prospects in major exporters India and Thailand.

FAO also issued its first projections for cereal output in 2022, seeing global wheat production rising to 790 million tonnes from 775.4 million in 2021, thanks in part to hopes of high yields and extensive planting in Canada, the United States and Asia.

The U.N. agency cautioned however that its projections did not take into account the possible impact of the conflict between Russia and Ukraine.

FAO said maize outputs in Argentina and Brazil in 2022 were forecast at well above-average levels, notably in Brazil where the maize crop was seen reaching a record high 112 million tonnes.