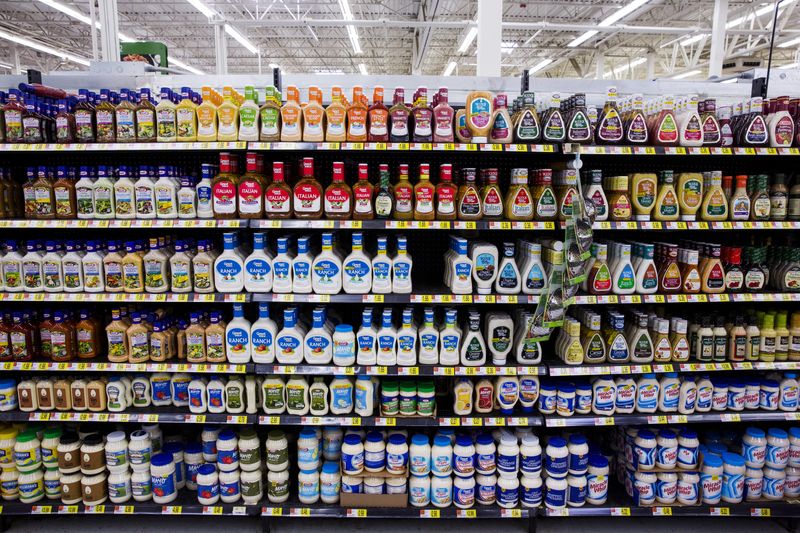 (Reuters) – From Hershey to Clorox (NYSE:) and Kleenex maker Kimberly-Clark (NYSE:), major consumer-products companies have announced plans to boost U.S. prices further or more broadly than previously proposed this year, signaling that the fastest inflation rate in a generation may not ebb soon.

Product makers generally hold conversations with U.S. retailers at year-end about price hikes planned for the following year. But company executives disclosed during recent quarterly results that they are taking a more aggressive approach this year to protect margins.

Clorox late on Thursday said it plans to raise prices on 85% of its products by the end of June, up from a previously planned 70%, with some of the company’s brands set for multiple rounds of price hikes.

CFO Kevin Jacobsen said its executives are “having conversations with retailers” about additional price increases that would go into effect during the next two quarters, beyond those previously disclosed in October.

“We stand prepared to take more pricing (action) if necessary,” Jacobsen said. “We want to see how inflation will play out this fiscal year,” which ends June 30, 2022.

Chocolate maker Hershey said it would raise prices further in the first half of 2022 in the United States on top of price increases that will go into effect in the first quarter ended March 31, 2022. Its executives didn’t quantify the price hikes. Hershey also said it expects its gross profit margins to fall in 2022 despite its new plans to raise prices.

Consumer packaged goods companies also have pulled back on some of the discounts they are offering consumers, adding to the effect of price hikes.

Food products such as frozen snacks and refrigerated meals have seen the biggest drop in promotions offered to customers in the week ending Jan. 23 compared to last year, according to an index from data analytics firm IRI.

“With supply constraints, there is no point in promoting,” said Krishnakumar Davey, the president of client engagement at IRI. “Promotions have come down a bit from COVID.”

Pandemic-driven supply-and-demand imbalances have pushed up prices on everything from Big Macs to household staples, which caused the U.S. inflation rate in 2021 to climb at its fastest pace in nearly four decades.

The comments from executives on post-earnings calls show that firms are grappling with higher costs on nuts and vegetable oils, surfactants and plastics as global supply chain glitches linger. Transportation and labor costs are also up.

The average adjusted operating margin of the eight biggest publicly traded U.S beverage companies fell to 25.7% in 2021from 26.4% in 2020, according to Citi. Among the top U.S. household product companies, average pre-tax margins fell to 19.4% in 2021 from 19.6%– with Kimberly Clark , Clorox and Colgate-Palmolive (NYSE:) all seeing their margins hit. Among food companies, average margins fell to 17.2% from 17.3%, with Kraft Heinz (NASDAQ:), McCormick (NYSE:) & Co and Campbell Soup (NYSE:) all seeing margins slide.

At Clorox, Jacobsen described an “extreme level of cost inflation.” The bleach maker cut its full-year earnings forecast and said it expects its full-year gross margin to shrink by about 750 basis points.

“I do think it’s going to take several years for us to rebuild margin (to pre-pandemic levels),” Jacobsen said on a call with analysts.

Cadbury Chocolate and Oreo cookies maker Mondelez (NASDAQ:) International last month disclosed that there could be “multiple pricing waves” this year to keep up with inflation. Colgate said it was fast tracking a round of price hikes to the first half instead of the second half of the year.

Colgate CEO Noel Wallace said sales volumes will “fall off” when shoppers understand that they have to pay more. He said the declines will be seen by all companies and across categories, not just Colgate.

Food companies McCormick and General Mills (NYSE:) also flagged this week that they expect consumer sensitivity to price changes to increase over the next few months.

At Procter & Gamble (NYSE:), executives said they had informed retailers about increases planned for fabric care products like Tide detergent and Downy dryer sheets to take effect on Feb. 28. In mid-April, the company plans to raise prices on some of its personal healthcare products, they said.