GBP/USD Price Analysis: Bears seeking the next corrective leg to the downside

The bears have stepped in and the price is currently testing a critical daily resistance structure as well as a 4-hour time frame resistance level.

The following is a top-down analysis that illustrates where the next trading opportunity could emerge from a 50% mean reversion of the 4-hour bearish impulse.

The GBP/USD pair plummeted to 1.3610 but trimmed most of its intraday losses ahead of the close. A better market mood failed to boost the high-yielding pound, but put a halt to the dollar’s advance, mainly during the American session. Meanwhile, and to nobody surprise, Scotland has extended its current lockdown into early March. The pandemic situation keeps improving in the UK with the government speeding up vaccine immunization. So far, the UK has administered roughly 10 million doses. 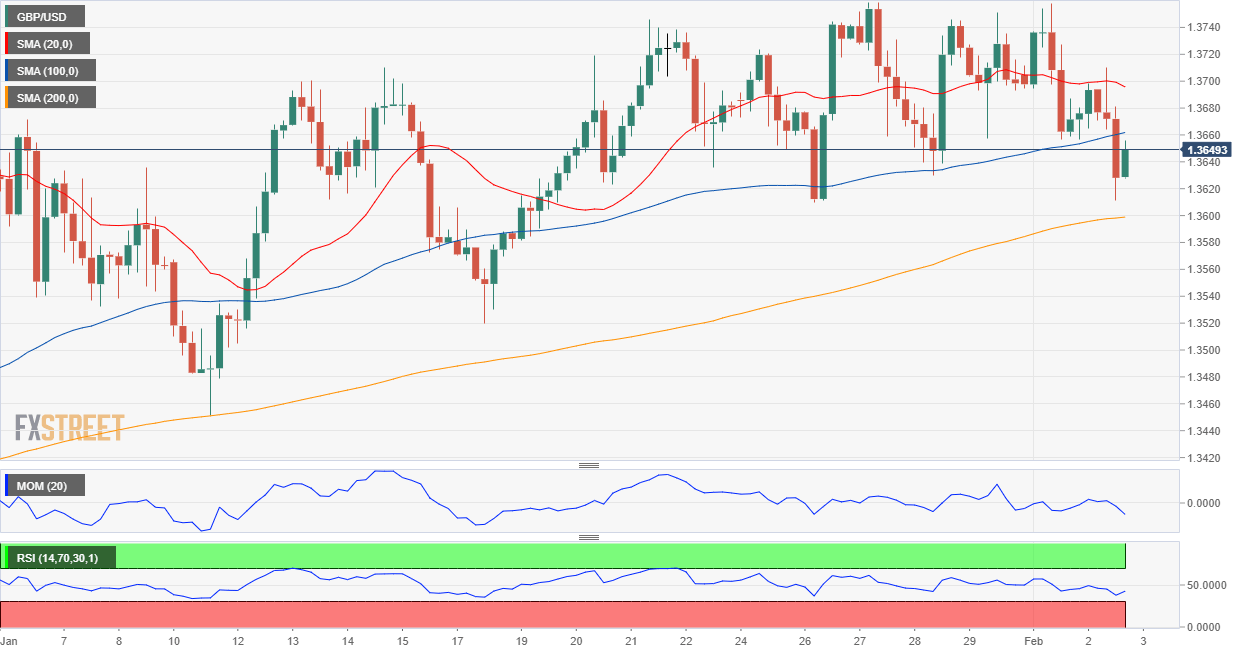