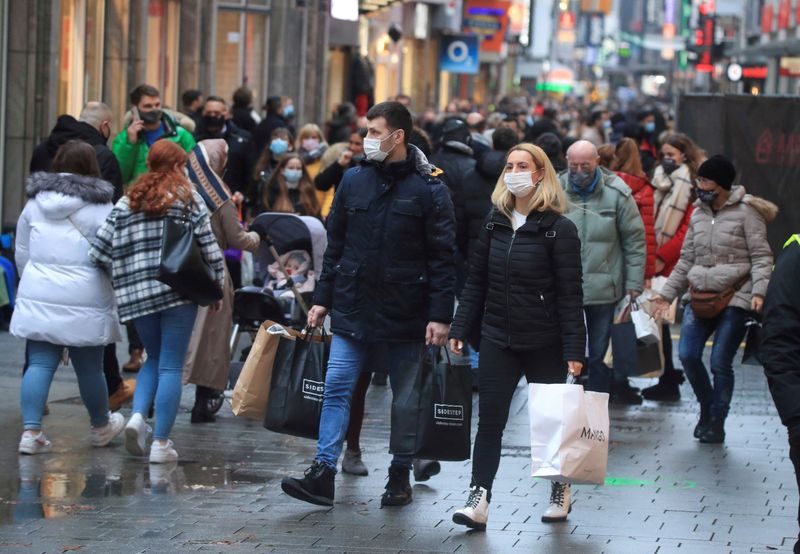 BERLIN (Reuters) -German annual inflation slowed in January but was still higher than expected by analysts and well above the European Central Bank’s price stability target of 2% for the euro zone as a whole, preliminary data showed on Monday.

Consumer prices, harmonised to make them comparable with inflation data from other European Union countries (HICP), rose 5.1% year on year compared with 5.7% in December, the Federal Statistics Office said.

The national consumer price index (CPI) rose by 4.9% on an annual basis, easing from 5.3% in December.

A Reuters poll of analysts had forecast the CPI rate at 4.3% and the HICP figure at 4.7%.

“The decline in the inflation rate is only due to the fact that the effect of the temporary reduction in VAT in 2020 no longer distorts the year-on-year comparison upwards as in the previous months,” Commerzbank (DE:) economist Marco Wagner said.

As surveys of German and foreign companies have so far shown no significant easing of supply chain disruption, the year-on-year CPI rates are likely to stay ​​above 4.5% for a few more months, said Michael Heise, chief economist at HQ Trust.

“In view of the serious geopolitical tensions with Russia, betting on a desired drop in energy prices in the near future appears to be wishful thinking,” Heise added.

Euro zone inflation hit 5% last month, the highest on record for the 19-country currency bloc, but the ECB expects it back under its 2% target in both 2023 and 2024, even without policy tightening, as one-off pressures ease.

ECB chief economist Philip Lane told a Lithuanian newspaper last week the central bank would tighten policy if inflation was seen holding above its target, but such a scenario appears less likely for now.

The ECB meets next on Thursday but no policy move is expected as the bank unveiled a complex package of measures in December.

The head of Germany’s IG Metall union said on Thursday that higher real wages would be a key goal in upcoming collective bargaining rounds in the iron and steel, as well as the metal and electrical, industries.