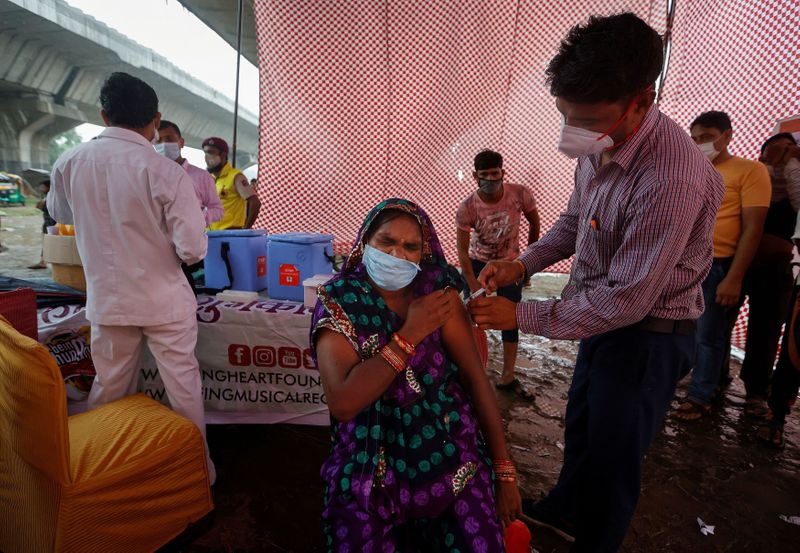 The minister later quit and in came a little-known but hands-on politician, Mansukh Mandaviya, who, according to a person close to him, communicates with vaccine producers on a near daily basis and tries to resolve their problems promptly.

Government officials say they are confident of fully immunizing nearly all adults by December, giving it the confidence to announce a gradual restart of vaccine exports in the October quarter, for the first time since April when a second surge in infections overwhelmed hospitals.

That will help the sputtering global COVAX vaccine-sharing programme, which is far behind its pledge to deliver 2 billion doses this year following supply problems and India’s export curbs.

The GAVI vaccine alliance, which sponsors the programme along with the World Health Organization, UNICEF and the CEPI, this month cut COVAX’s supply target by nearly 30% to 1.425 billion doses.

“This could have an immense positive impact on both health security within India as well as globally,” a GAVI spokesperson told Reuters about the export announcement on Monday.

“Our priority right now is to engage with the government of India and Serum Institute of India (SII) to understand the impact this will have on our supply schedule.”

The turnaround is chiefly thanks to the SII, which is cranking up more doses of AstraZeneca (NASDAQ:)’s COVID-19 shot than the government’s most optimistic projection.

SII would supply 200 million doses of the vaccine, branded Covishield, to the government this month, compared with about 150 million the previous month, said a government source who declined to be identified.

The government said in May that Covishield output could reach 750 million doses between August and December, but the actual output could be more than 900 million, said two other sources with direct knowledge of the matter.

“The company added new lines, got quick approvals to divert a line meant for some other vaccine,” said one of the sources.

It now has five production lines making Covishield, up from just two in April, according to the source. The person said SII’s monthly output could go as high as 215 million doses.

The health ministry and SII did not immediately respond to a request for comment.

Bharat Biotech, the producer of India’s first domestically developed shot, Covaxin, told Reuters its monthly output would nearly treble to 100 million doses by the end of the year.

SII also received funding and diplomatic help from the government that ensured supplies of raw material https://www.reuters.com/world/india/us-provide-vaccine-components-medical-supplies-india-2021-04-25 from the United States following a plea https://www.reuters.com/world/india/indian-vaccine-giant-sii-warns-supply-hit-us-raw-materials-export-ban-2021-03-05 on social media and elsewhere.

That enabled India, which has reported the most number of infections in the world after the United States, to ramp up its vaccination campaign, giving at least one dose to 65% of its 944 million adults and the necessary two doses to 22%.

Health Minister Mandaviya told reporters on Monday that he expected overall domestic vaccine production to exceed 1 billion doses in the October-December quarter, which would be more than enough to meet domestic demand.

India is the world’s biggest vaccine maker and its companies including SII, Bharat Biotech and Biological E, which does bottling work for Johnson & Johnson (NYSE:)’s COVID-19 shot, have trebled their capacity to make nearly 3 billion doses a year, much of which could be available for overseas sale from next year.

“We will keep producing more to meet our needs and also export,” Mandaviya said.