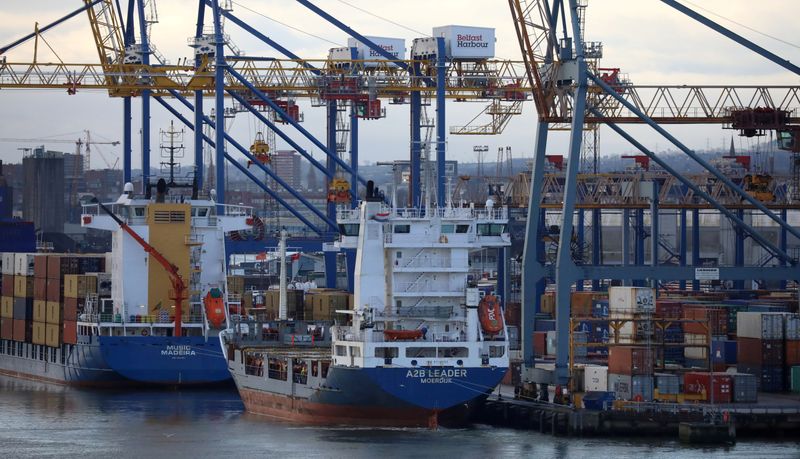 © Reuters. FILE PHOTO: Container ships are berthed at the Port of Belfast

DUBLIN (Reuters) – Ireland wants the European Union to be flexible regarding any possible extension of grace periods for checks on goods going between Britain and Northern Ireland, Irish Foreign Minister Simon Coveney said on Wednesday.

According to a report by the BBC, Britain is asking for an extension until 2023 of a grace period on checks that would be conducted on trade moving between Northern Ireland and the rest of the United Kingdom to soften the impact of Brexit on the province.

“From an Irish perspective we want there to be some flexibility here if it’s possible to do that,” Coveney told national broadcaster RTE.

Post-Brexit trade between Britain and Northern Ireland is covered by Article 16 the Northern Irish protocol.

The protocol was designed to maintain the principles of the 1998 Good Friday Agreement and Northern Ireland’s open border with Ireland by keeping the region in the UK’s customs territory and the EU’s single market.

In practice, it has led to delays and in some cases the ceasing of trade in some everyday goods originating in Britain.

As concerns about European COVID-19 vaccine supplies rose in Brussels, the European Union invoked, and then quickly withdrew, Article 16 on Friday, angering politicians in Dublin, Belfast and London.