A Japanese real estate developer that pulled off a $1.9bn employee buyout with US private equity firm Lone Star is under pressure from a leading creditor to consider filing for bankruptcy protection.

Unizo, which owned a portfolio including hotels and central Tokyo office space, was at the centre of a 2019 bidding war between SoftBank-backed Fortress and other potential buyers including Blackstone and local property companies, having attracted high-profile interest in a market where real estate assets are only occasionally sold as a bloc.

Lone Star eventually emerged as the winner last year but the saga made headlines because of a governance outcry over the handling of the rival bids by Unizo, and was all the more surprising for having initially been triggered by an extremely rare domestic hostile bid.

In a letter sent last week to Unizo and Lone Star, Asia Research and Capital Management (ARCM), a $3bn hedge fund based in Hong Kong, said it had reason to believe that the company was likely insolvent, even accounting for the assets it still owns after it sold most of its prime real estate portfolio.

“Creditors, including ARCM, are at substantial risk of suffering material damage unless immediate action is taken to remedy this situation,” the fund said, estimating that Unizo had about 100 creditors including Japanese regional banks.

ARCM owns ¥4.7bn ($45m) of Unizo bonds. Shares in the group were delisted last year as part of the Lone Star-backed buyout via a new entity formed by employees called Chitocea Investment. 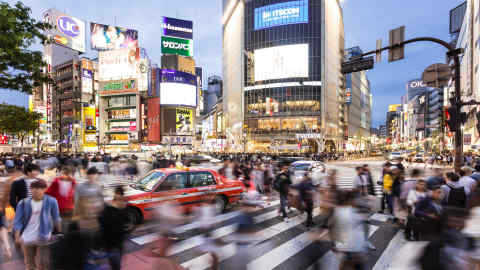 Part of the bitterness surrounding the Unizo saga relates to its history as a property offshoot of the Japanese bank Mizuho, and the tense relationship between the two. The creditors’ campaign has revealed that a number of already fragile regional banks with ties to Mizuho are exposed to a potential Unizo default.

Echoing concerns that had already surfaced in the credit market, ARCM also alleged that Unizo may not have enough capital to repay its bondholders, having provided ¥216bn in short-term loans to Chitocea. That money, it said, appears to have been used to pay Lone Star for financing and preferred shares in early October.

ARCM has demanded that Unizo provide evidence of Chitocea’s ability to pay back the loans by Monday. If the loans cannot be recovered, the fund said the company should consider entering court insolvency proceedings. This would be a very unusual step by an activist bondholder in Japan, and could set legal precedent, said people directly involved.

Market concerns about Unizo’s finances had grown after the Japan Credit Rating Agency took the unusual step of downgrading the company’s rating twice in December to junk status.

Unizo’s latest financial figures show its cash and deposits shrank from ¥163bn at the end of March 2020 to ¥55bn by the end of September. It also reported it had sold all of its real estate assets — with a book value of ¥143bn — that were on the market. The proceeds were used to provide loans to Chitocea.