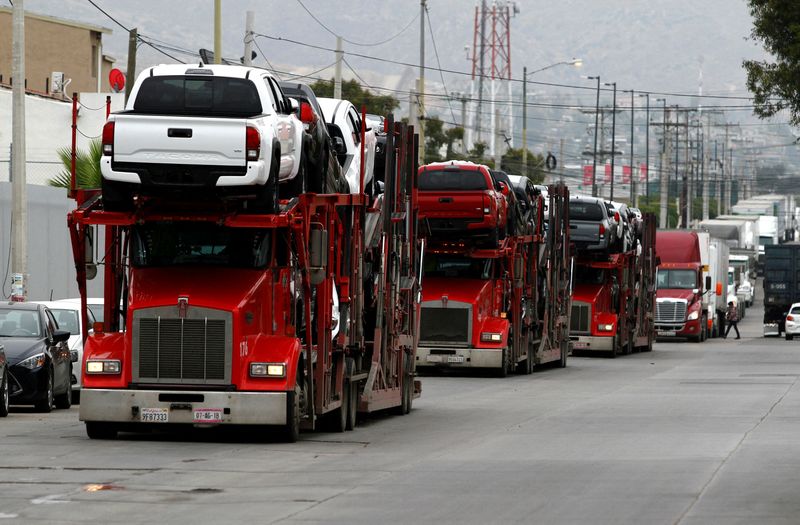 © Reuters. FILE PHOTO: A carrier trailer transports Toyota cars for delivery while queuing at the border customs control to cross into the U.S., at the Otay border crossing in Tijuana, Mexico May 31, 2019. REUTERS/Jorge Duenes/File Photo

In December alone, production fell by 16.51% while exports plunged by 17.31%, marking the sixth straight month of declines.

A global semiconductor shortage in recent months has prompted automakers in Mexico and the rest of North America to implement rolling shutdowns, curtailing production.

In 2020, Mexico auto production tanked 20% compared with the prior year due to the pandemic’s hit on the economy. Mexico’s top autos association AMIA has estimated production won’t return to pre-pandemic levels until late 2023 or in 2024.