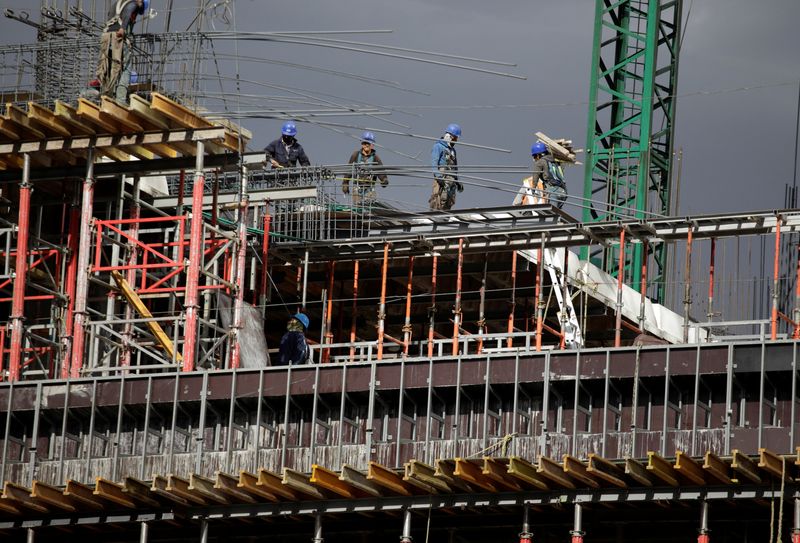 MEXICO CITY (Reuters) – The Mexican economy unexpectedly shrank by 0.2% in October from the previous month, as the country’s faltering recovery from the impact of the COVID-19 pandemic dragged into the fourth quarter, official data showed on Friday.

A Reuters poll of analysts had forecast the economy would grow by 0.8% during October following a disappointing third quarter in which gross domestic product (GDP) shrank by 0.4%.

Still, Ramos said Mexico’s economy had room to grow and should benefit in coming quarters from terms of trade, increasing COVID-19 vaccinations, and normalization of activity in sectors still lagging, particularly services.

Mexican business operations have been disrupted by bottlenecks in international supply chains, which have led to temporary work stoppages in industries including carmaking, a pillar of the country’s manufacturing sector.

Compared to the same month last year, the economy grew in October by 0.3% in seasonally adjusted terms. In unadjusted terms it shrank 0.7%, the INEGI data showed.