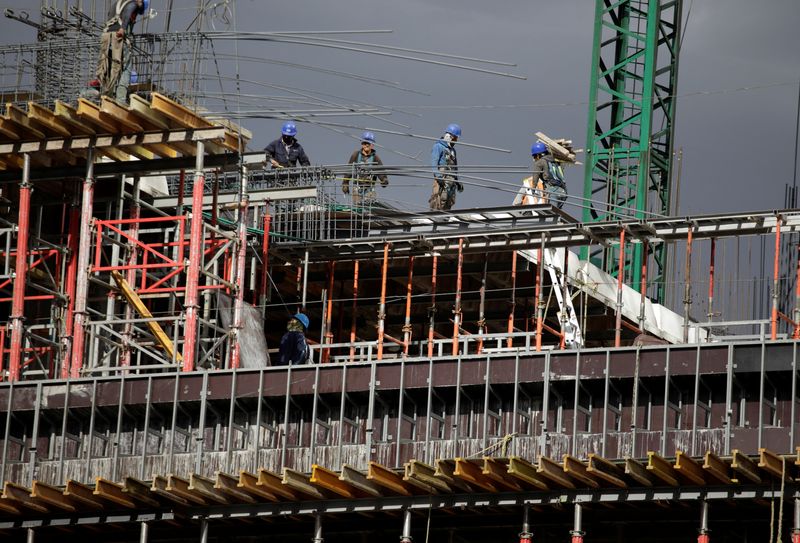 MEXICO CITY (Reuters) -Mexico’s economy likely shrank 0.2% in December compared with the same month a year earlier, a preliminary official estimate showed on Tuesday, stirring concerns the country may have slipped into a recession in the second half of 2021.

Mexican gross domestic product (GDP) contracted in the third quarter https://www.reuters.com/markets/us/mexican-economy-shrinks-more-than-expected-third-quarter-2021-11-25 of 2021, and the latest figures gave rise to estimates that the economy may have done the same in the October-December period, although the data are still incomplete.

The economy shrank in October from September and a preliminary estimate for November showed the economy barely grew in comparison to the same month in 2020. Complete data for November are due to be published by INEGI on Jan. 25.

Jonathan Heath, a board member of Mexico’s central bank, said on Twitter (NYSE:) that if the data already published are not revised, the Mexican economy may have contracted by 0.5% quarter-on-quarter during the final three months of last year.

Two consecutive quarters of contraction would mean that Mexico had entered a technical recession as 2021 closed out.

Mexico’s recovery from the economic impact of the coronavirus pandemic has been significantly undermined by bottlenecks in global supply chains.

INEGI is due to publish a preliminary estimate for gross domestic product (GDP) in the fourth quarter on Jan. 31.