The UK will take an important step towards the creation of an independent authority to oversee its post-Brexit subsidy regime on Wednesday when it launches a consultation on how the new body will operate and whether it should have enforcement powers.

Rows over state aid were a major sticking point in the Brexit negotiations with Brussels initially insisting that Britain’s rules should remain aligned with the bloc’s regulations. That position was strongly resisted by prime minister Boris Johnson who has argued that breaking free of the EU on state aid would enable the UK to take a nimbler approach.

The clashes over the issue were finally resolved in the December EU-UK trade deal with Britain agreeing to set up an “independent authority” to monitor subsidy decisions.

The consultation, being run by the business department, will consist of 42 questions and seek opinions on whether to have a minimum threshold for subsidy deals before they face scrutiny as well as the timing of disclosure of deals, according to Whitehall officials.

At the heart of the process is the question of how far the UK system should diverge from the EU’s “ex ante” system of regulation whereby member states cannot distribute subsidies until they have been signed off by the bloc, often after months of consideration.

During the post-Brexit trade talks with the EU, the UK refused to agree to an “ex ante” regulator, which ministers have long seen as too slow and restrictive.

While the UK’s “independent authority” is not expected to mimic the EU’s, legal experts said it could still have the power to clear subsidies before they are handed out, in order to provide certainty to investors.

Under the trade deal with Brussels, UK companies will be able to challenge subsidies awarded to British rivals in the UK’s national courts if they believe it violates principles in the deal.

And without clear upfront guidance, legal experts warned that the UK’s subsidy regime could emerge via a series of legal challenges, creating uncertainty for business that could inadvertently frustrate government ambitions to create a nimbler subsidy control system.

Leading EU competition lawyer George Peretz of Monckton Chambers said that the aim of the consultation should be to create clarity for business and local government that had been left in a state of confusion and uncertainty by the current arrangements.

“It’s all in a bit of a mess, and everyone is left to interpret how the principles in the EU-UK trade agreement should be applied differently from EU state aid rules — but until they are given clear counter-guidance they are unlikely to diverge far from EU practice,” he added.

He added that a key element of the consultation would be to identify “safe harbours” where subsidies are allowed unchallenged in defined areas — for example, to meet social and environmental policy goals. This would allow the vast majority of public funding to be awarded with legal certainty, as achieved by “block exemptions” in the EU state aid regime. 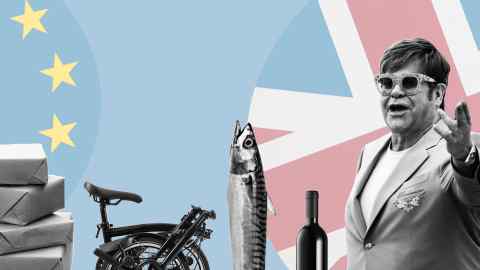 “Public bodies need clarity because at the moment the system doesn’t work for them. The UK should introduce safe harbours that would do away with the need for assessments in the vast majority of cases,” he added.

Still, James Webber, an antitrust partner at the law firm Shearman & Sterling, said the government should make the most of the opportunity presented by Brexit, given the frictional costs caused by leaving the EU single market.

A bespoke UK system could speed up the delivery of productivity-enhancing projects and deepen research collaboration between industry and universities — as seen in the recent Oxford/AstraZeneca Covid-19 vaccine.

“Having paid for this subsidy freedom with reduced market access to the EU, it would be a travesty not to use it by then replicating EU state aid rules in miniature,” he said.