Moderna is fighting a shareholder proposal demanding the pharma group open up its Covid-19 vaccine technology to poorer countries and explain why its prices are so high given the amount of government assistance it has received.

Legal & General Investment Management, the London-based asset manager, said Moderna’s shareholders deserve to know how US government funding for Covid vaccines affects “access to such products, such as setting prices”.

Having received at least $2.5bn from the US government, Moderna has shipped vaccines to mostly wealthy countries and has not transferred its technology to manufacturers in low- or middle-income countries, LGIM said.

Moderna is fighting the proposal at the Securities and Exchange Commission. Companies routinely challenge shareholder proposals at the SEC and often win.

Separately, Oxfam has teamed up with other investors to file petitions at Moderna and Pfizer to demand the companies do more to share vaccine technology. For Moderna, both shareholder proposals represent the first investor petitions the company has faced since going public in 2018. 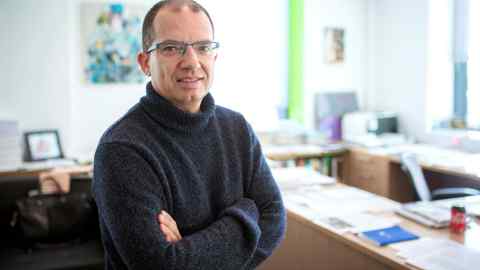 Massachusetts-based Moderna did not immediately respond to a request for comment.

Moderna has been under pressure to cut its prices and expand production for poorer countries. Elizabeth Warren, the Democratic senator from Massachusetts, told the Financial Times last month that both Moderna and Pfizer needed to “do more to address the unacceptable disparities in global access to Covid-19 vaccines, including by dramatically expanding vaccine manufacturing around the world”.

The two are forecast to make more than $93bn next year in Covid vaccine sales alone.

Moderna is in a particularly unusual position because it developed its vaccine in conjunction with the US National Institutes of Health. Barney Graham, one of the NIH scientists involved in the development process, told the FT earlier this year the government’s role in producing the vaccine would give it “leverage” over Moderna when it comes to setting prices.

But Moderna has pushed back heavily against this suggestion, recently issuing a public statement rejecting the idea that Graham and two other government scientists had co-invented the vaccine.

In its SEC request to block LGIM’s shareholder proposal, Moderna said it already planned to publish by February 15 additional information about setting vaccine prices. “The company believes it will have substantially implemented the [LGIM] proposal before it files its proxy [voting] materials,” it said.