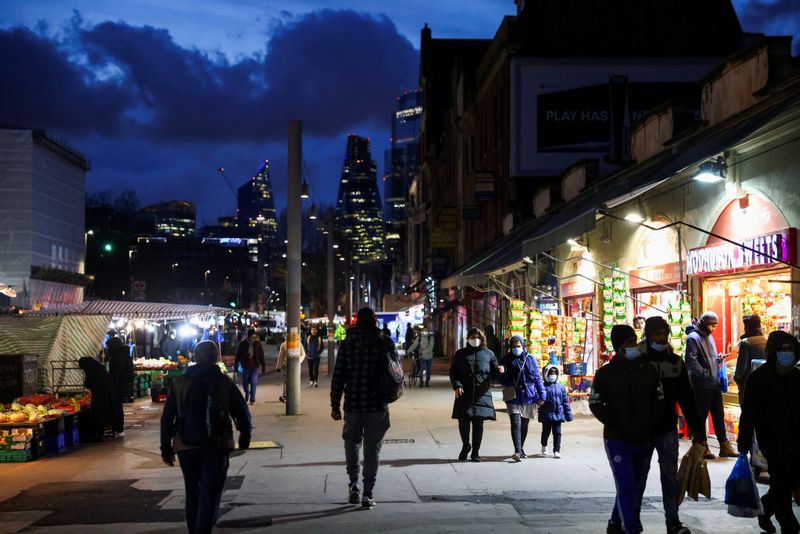 LONDON (Reuters) – More people in Britain are finding it hard to meet their bills and a growing number are worried about being unable to heat their homes this winter, according to a poll which underscored the impact of rising inflation on the public.

The monthly survey by Kantar Public published on Thursday showed 39% of people were finding it harder to meet their monthly budget than a year ago, up by nine percentage points from September’s poll.

Seven in 10 respondents worried that fresh food and fuel prices would rise over the next few months, Kantar said.

The share of people concerned about not being able to afford to keep their home warm during the winter months also climbed by nine points between September and October to 62%.

British utility bills rose earlier this month as a price cap on the most widely used tariffs increased by around 12%.

The country’s most widely followed measure of inflation dipped slightly to 3.1% in September but the Bank of England has said it is likely to top 4% soon. It is considering when to raise interest rates from their all-time low of 0.1%.