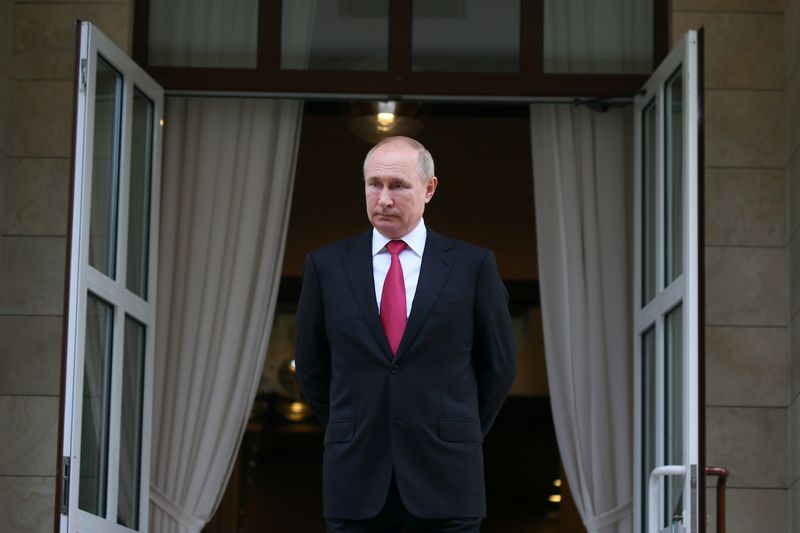 MOSCOW (Reuters) – President Vladimir Putin ordered the Russian government to look at curtailing spending from the state rainy-day fund on Friday, after the finance ministry said the global shift away from oil and gas could jeopardise Russian state finances within a decade.

Russia now has around $190 billion in its National Wealth Fund, around $115 billion of which, or 7.3% of GDP, is liquid assets raised mainly from selling oil and gas.

The government is now permitted to spend liquid assets that accumulate above 7% of GDP. But Putin ordered the cabinet to look into raising that threshold to 10%, potentially reducing future spending by tens of billions of dollars.

The government announced plans last week to invest $34 billion from the fund over the next three years.

“Without doubt, the NWF needs to be preserved,” Kremlin spokesman Dmitry Peskov told reporters on Friday. “And as the global financial and economic situation surrounding Russia is quite unpredictable and contains crisis risks, the role of the NWF is increasing.”

The Kremlin’s document was released a day after draft budget amendments from the finance ministry described risks to state finances from the global transition away from fossil fuels, and recommended “an especially cautious approach” to investing surpluses in the wealth fund while energy prices remain high.

The Russian finance ministry sees the average price of Russia’s flagship Urals oil falling to $55.7 per barrel in 2024 from $66 per barrel this year on projected weaker demand from the global push to cut carbon emissions.

Global oil prices may fall to as low as $35 per barrel in 2030 and further to $25 per barrel by 2050 as “demand for oil would fall drastically should zero-neutrality goals announced by a number of countries become a law”, it said.

Emissions cuts could put pressure on Russia’s state budgets as soon as the early 2030s. In the most severe scenario, the wealth fund could shrink to as little as 3% of GDP in 2030-31, the ministry said.