The end of last week and the beginning of this one saw XAG move higher.

the market chatter was that an operation to drive it higher was in play à la the GME move.

XAG/USD has managed to come of its Tuesday lows and pop $27, albeit briefly so far.

The arguments against a surge into the $1,000 region (yes, that was the chatter … a bit over-the-top really) are 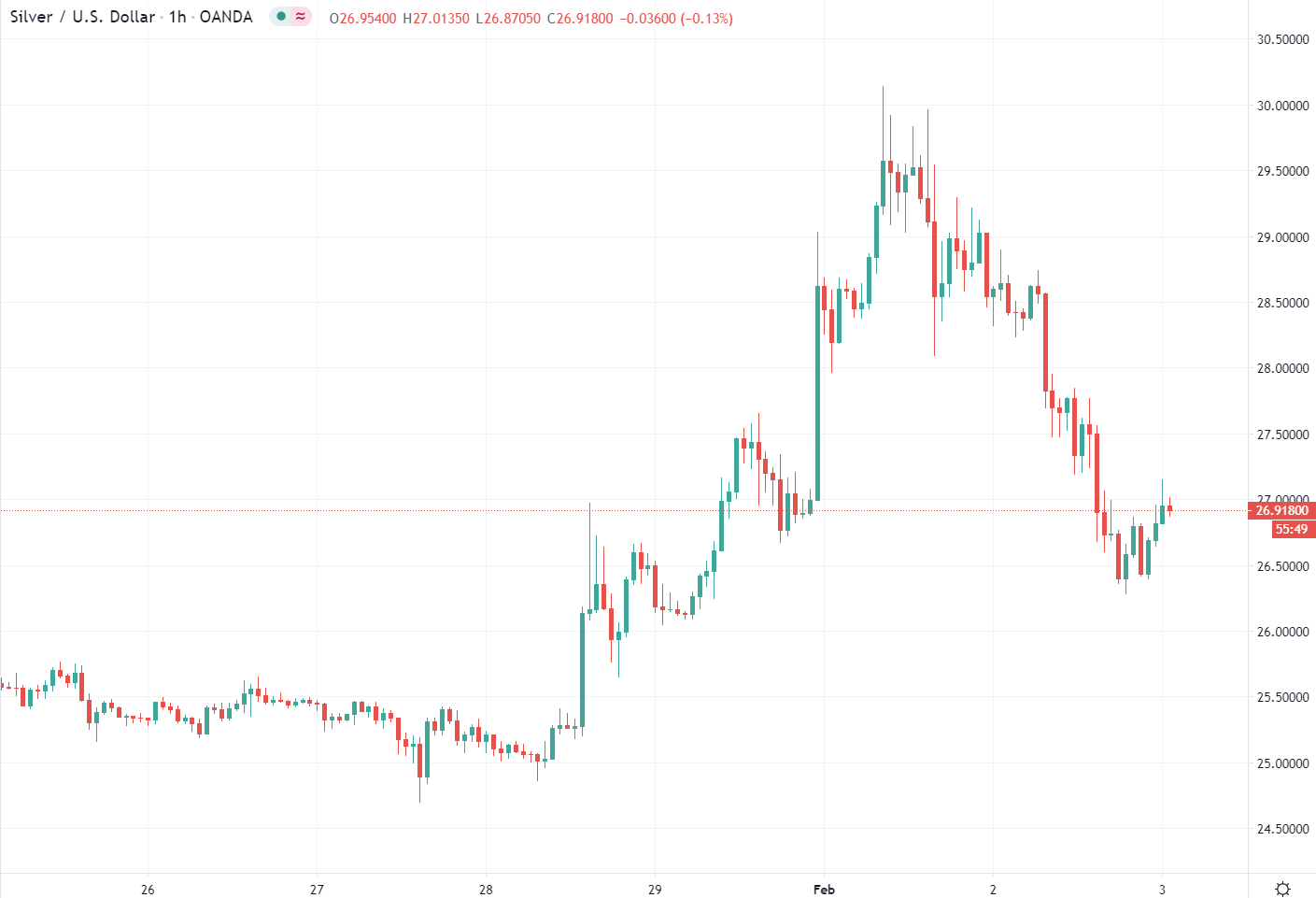 I should add for the physical buyers … still solid demand in that portion of the market.