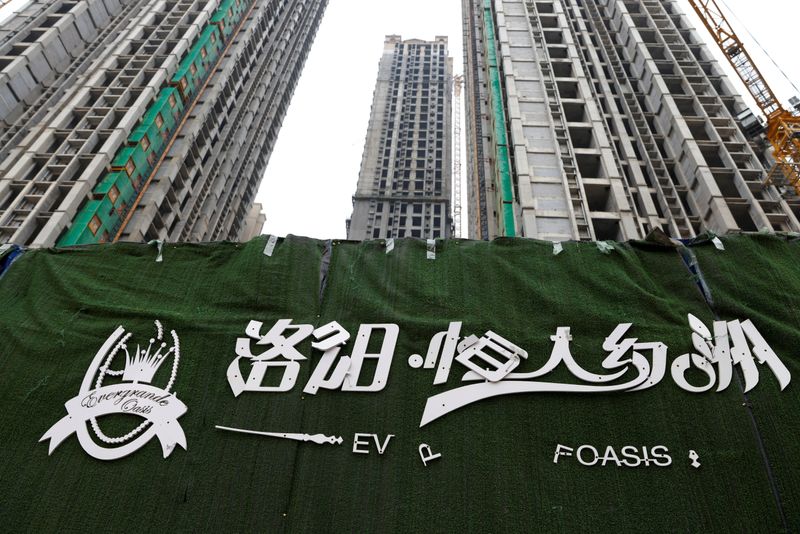 © Reuters. FILE PHOTO: A peeling logo of the Evergrande Oasis, a housing complex developed by Evergrande Group, is pictured outside the construction site where the residential buildings stand unfinished, in Luoyang, China September 16, 2021. Picture taken September

SINGAPORE (Reuters) – S&P Global (NYSE:) Ratings said it does not expect Beijing to provide any direct support to embattled China Evergrande Group, amid growing investor fears the property giant could default on its debt mountain as two repayment deadlines loomed.

“We believe Beijing would only be compelled to step in if there is a far-reaching contagion causing multiple major developers to fail and posing systemic risks to the economy,” the rating agency said in a note dated Sept 20.

“Evergrande failing alone would unlikely result in such a scenario,” S&P said.

Evergrande’s shares have taken a hammering in recent days after Chinese regulators warned that its $305 billion in liabilities could lead to widespread losses in China’s financial system if its debts were not stabilised.