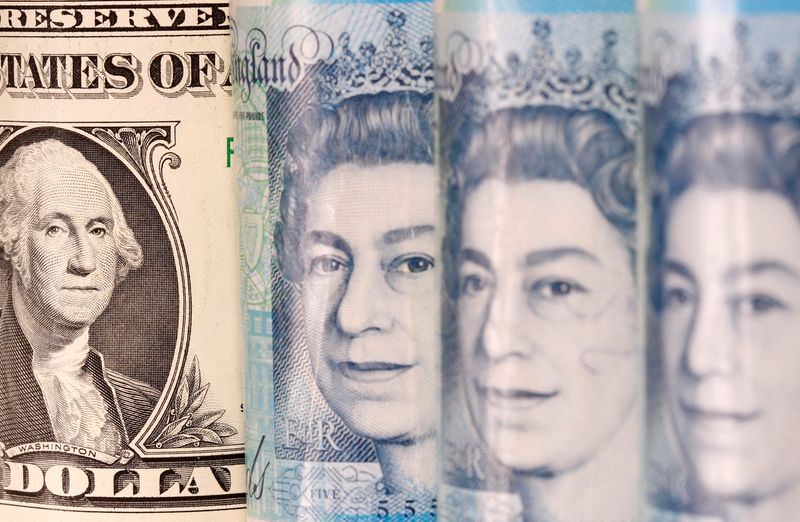 LONDON (Reuters) -Sterling rose on Tuesday to touch a pre-pandemic high versus the euro, supported by expectations that the Bank of England will raise interest rates further.

The pound edged 0.1% higher versus the euro at 83.35 pence by 1600 GMT, after touching its highest level versus the single currency since February 2020.

Against the dollar, it rose 0.2% at $1.3611, hovering around its highest level since Nov. 4, when the pound slid 1.5% on the day after the BoE surprised the market by keeping interest rates unchanged.

Over the past weeks, investors have ramped up expectations that the BoE will raise interest rates as early as next month after a surprise hike in December by 15 basis points, to 0.25%.

You-Na Park-Heger, FX analyst at Commerzbank (DE:), said the prospect of interest rate hikes by the BoE is supporting sterling. But “quite a bit of it is likely to be priced in already so that the GBP rally could begin to run out of steam”, she added.

Jane Foley, head of FX Strategy at Rabobank in London, said sterling has also gained some support from signs of weakness in the U.S. dollar. Against a basket of currencies, it was trading on Tuesday well below the 16-month highs it touched in November despite rising bets this month that the Federal Reserve will raise interest rates sooner than initially expected.

“The market is already holding long USD positions and this is making it difficult for the greenback to react to continued speculation about Fed policy tightening. This may allow cable freedom to push higher in the coming weeks,” Foley said.

She expects the market to unwind some of the expectations for BoE rate hikes as pressure on real incomes in the UK will likely “become more obvious as the winter progresses”.