Steve Cohen’s Point72 Asset Management has raised $1.5bn from investors, boosting the hedge fund’s assets under management after it lost 10 per cent in January and provided emergency financing to Melvin Capital, the firm at the centre of the GameStop short squeeze.

Point72 took in the new cash to take advantage of investment opportunities, according to a person familiar with the company.

Melvin, run by Mr Cohen’s protégé Gabe Plotkin, received $750m from Point72 and $2bn from rival Citadel last week after suffering steep losses on its short positions. Retail traders co-ordinating on Reddit drove up shares in GameStop and other companies Melvin was betting against.

The 10 per cent decline in Point72 in January reflected in part a loss on its investments with Melvin, in what was a difficult month for many hedge funds.

Citadel lost less than 1 per cent on the Melvin position in January and its flagship fund was down 3 per cent for the year, according to a source familiar with the group. 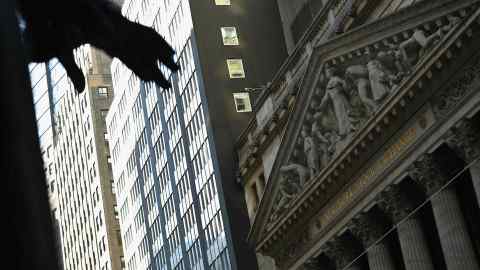 The capital infusion helped Melvin, which was down 53 per cent by the end of January, bring its assets up to $8bn.

Point72 attracted significant interest from investors when it opened to outside investors in 2018 after the US Securities and Exchange Commission lifted a ban on Mr Cohen managing outside money. He told an audience at an event that year he had raised $5bn from investors, saying “it was actually not that hard”.

During last year’s coronavirus-driven market turmoil a number of the sector’s biggest names including DE Shaw and Baupost raised money from investors to try and profit from investment opportunities they had spotted.