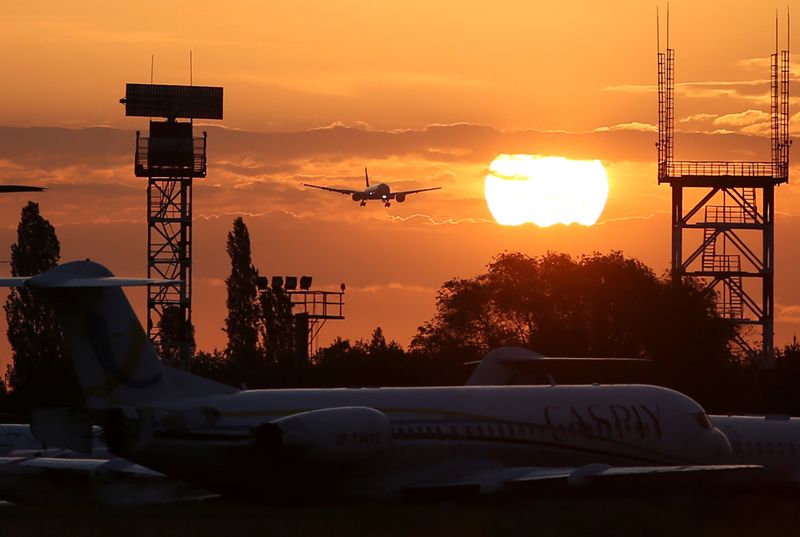 © Reuters. A plane descends before landing at an airport during sunrise in Almaty, Kazakhstan May 14, 2020. REUTERS/Pavel Mikheyev/Files

ALMATY (Reuters) -A consortium led by Turkey’s TAV Airports has raised $450 million in loans to finance upgrades at the airport of Almaty, Kazakhstan’s biggest city, the European Bank for Reconstruction and Development has said.

The EBRD and the International Finance Corporation, an arm of the World Bank, have contributed $150 million each towards the project’s $780 million total costs, the bank said in a statement late on Monday.

TAV Airports took over the Almaty airport this year, saying it would double its capacity.