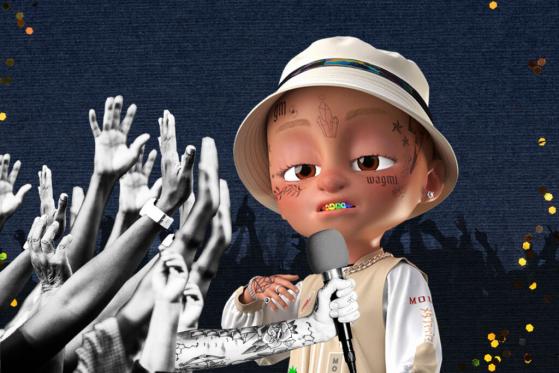 The NFT train departed from the station and has been running for some time now, and it appears that only a few people, including a select few corporate entities, were able to reserve seats from the very start. This is not exactly unusual, given that the cutting edge innovation has only recently started developing its form.

That said, it is easy to understand the role of a blockchain project like the Modz, whose primary aim is to bridge the gap between the physical world and the NFT space in general. In other words, to become a gateway through which individuals and corporate entities can navigate the NFT space.

In case you are not yet familiar with it, the Modz is a fashion and lifestyle focused NFT project based on the blockchain. What makes it stand out is that, unlike other NFT projects, the Modz does not rely on capitalizing on rarity to boost its value. Instead, it operates more like an exhibition project, allowing members and partners to customize its NFT tokens, called Modz.

During an exclusive interview with DailyCoin, Boris Raw, and Daniel P., who respectively serve as the lead creator and community coordinator at the Modz, discussed how the startup is navigating the virtual world while also catering to other brands’ needs.

To begin with, the Modz prides itself on being a ‘brand,’ which implies that, beyond being an NFT project, the startup is on a mission to spearhead a new movement in the fashion and lifestyle industry. If you would like to learn more about these goals, we took a deep dive into them in a previous publication which you can read here.

The Modz is Aiming for ‘Wild’ Collaboration

One of the major ways in which the Modz is fulfilling its purpose of bringing fashion and style to the Ethereum blockchain is through what Daniel described as “wild collaboration.”

Just as with other conventional brands, collaboration is essential for the growth of the Modz and its expansion, as such, the startup has already made notable moves in this direction. strikingly, the Modz recently partnered with Tunes, and having completed the discussion, design and test stages, the results are expected to go live soon.

Aside from Tunes, the Modz is also looking to spread its wings and cater to other brands, as, according to Boris and Daniel, “Modz is a great platform for brands and NFT to connect.”

“So, when Boris was creating Modz, and we were discussing it in pre-sale, I believe what we saw was potential, or perhaps a selling point where Modz could turn out to be a great platform for collaborations.

So we were originally thinking about regular NFT collaborations, where individuals can collaborate with other collections or with people within the space, such as influencers, artists, or your guest artists, or whatever,”
Daniel elaborated.

Seeing the massive opportunity that lies within collaboration on the platform, the team decided to dive into the new experience while taking the first steps to onboard Tunes, with the intention of onboarding more partners moving forward.

According to Boris and Daniel, the immediate goal of the project is to “close the gap between the physical world and the NFT space.” More specifically, the aim is to focus on the fashion and lifestyle industries, along with the brands within that space, before expanding to other areas.

Expanding on the topic of collaboration, Daniel noted that partnerships with the top dogs in fashion, like Nike (NYSE:) and Adidas (OTC:), might not happen anytime soon.

According to Daniel, the reason for that is more about reputation, considering that the decentralized economy is still largely unregulated. As such, it becomes difficult to predict how long it will take to achieve any form of collaboration with leaders in the fashion and lifestyle industries.

“Despite our enthusiasm for Modz, we do not think Nike Modz is happening anytime soon. Not because we’re bad or because our level isn’t high enough, but because those major corps aren’t vested in this area yet.

So you won’t see them in the space for the next, I don’t know how long, due to legal and reputation issues. I don’t think they’re ready to go in just yet,”
Daniel explained.

What Features to Expect in the Future

As of now, the existing Modz collections are designed using 2D models, however, Boris has made it clear that there are ongoing plans to evolve Modz from 2D to 3D. This also implies that, unlike what has been produced up to now, the Modz will transition into a 360 metaverse, with unique features such as custom wearables designed in collaboration with onboarded artists, as well as unique drops for holders of Modz tokens.

While the initial roadmap is more than halfway done, the team is said to also be working on roadmap 2.0 which, according to Daniel, will go live immediately after roadmap 1.2 has been wrapped up.

Other upcoming activities include the introduction of wearables, which are set to go live at a later date. In addition to this, the team is also planning to create custom high-quality merch which, according to Daniel, will be a replica of those worn in several Modz collections. Likewise, there is a plan to create an additional set of merch with a unique QR code. This code will allow members to redeem IRL clothing pieces within the NFT space.

Essentially, the first batch of merch will be clothing pieces from the Modz collection, while the second batch, on the other hand, allows members to redeem real life merch for their respective Modz.

Furthermore, Modz tokenomics are a work in progress, and, according to Daniel, unlike most projects, the team wants to implement a native token purely to be based on strategic planning and not simply because it is expected of a project like theirs.

“I believe that many of the projects who are currently implementing it are not considering what would happen in the future if they do so. So it boils down to a lack of strategic planning. We’d like it to be a little more thoughtful, I suppose. So we’ll need some time to give this process a thought,”
Daniel noted.

While there are plans to launch the Modz token on various exchanges, Decentraland appears to be the most likely destination for any future DEX debut.

Ultimately, the Modz is setting the tone for the future.

The crypto and NFT space is still largely unregulated, hence why partnerships with giant corporations can be very tough from the onset.
Modz is yet to have its own native token. While the digital asset is usually a point of attraction for investors, the absence of any native token may make people question the decentralized nature of the platform.

The Modz’s approach to NFTs is a unique one, and as such, connects members to a new world of opportunity, as well as new dimensions of art. With the growing interest in the project, the Modz is striving to become the next big thing in the virtual world of fashion, especially as it looks to set a new standard for brand merchandising.