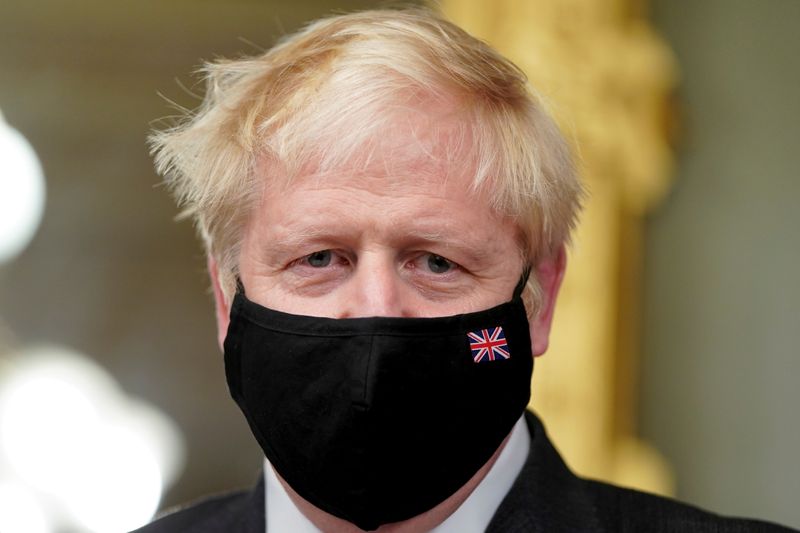 LONDON (Reuters) – There is every prospect of a trade deal between Britain and the United States, Prime Minister Boris Johnson said on Wednesday after media reports suggested the chances of an agreement had slipped away following a meeting with U.S. President Joe Biden.

“There is every prospect of a free trade deal with the United States,” Johnson told reporters during his visit to Washington.

“The Biden administration is not doing free trade deals around the world right now but I’ve got absolutely every confidence that a great deal is there to be done.”