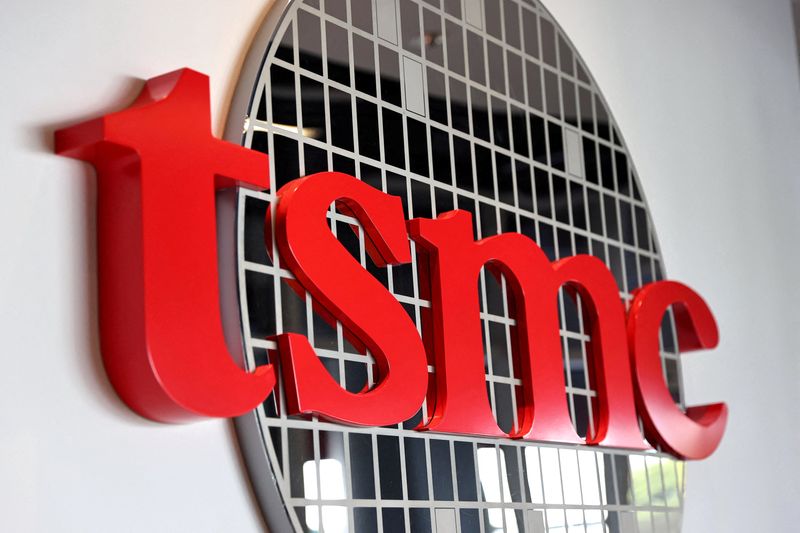 By Yimou Lee and Sarah Wu

TAIPEI (Reuters) -Taiwanese chip firm TSMC expects strong growth to accelerate in coming years due to booming semiconductor demand, as the tech giant on Thursday reported a record quarterly profit and said it plans to spend at least a third more than last year.

Soaring demand for semiconductors used in smartphones, laptops and other gadgets during the COVID-19 pandemic has led to an acute chip crunch, forcing automakers and electronics manufacturers to cut production but keeping order books full at TSMC and other chipmakers.

The company said it expects to lift capital spending to between $40 billion and $44 billion this year. Last year it spent $30 billion.

TSMC announced in 2021 a $100 billion expansion plan over the next few years, as new technologies such as fifth-generation (5G) telecommunications technology and artificial intelligence applications also drive chip demand.

TSMC, Asia’s most valuable listed firm and globally the largest contract chipmaker, expects capacity to remain tight this year and demand to be sustained in the long term, Wei said.

With what it calls a “multi-year industry megatrend” of strong chip demand boosted by new technologies, TSMC raised its compound annual growth rate targets for revenue over the next several years to 15%-20% from 10%-15%.

Wei shrugged off market concerns about chip oversupply in the coming years and said a substantial increase of “silicon content” in tech gadgets such as electric cars would help TSMC weather market corrections.

“Even if a correction were to occur, we believe it could be less volatile for TSMC due to our technology leadership position and the structural megatrend,” Wei said.

TSMC forecast first-quarter revenue to be in the range of $16.6 billion to $17.2 billion, compared with $12.92 billion in the same period a year earlier. For the year, it expects to grow in the mid -to-high 20% range in U.S. dollar terms.

That was higher than the T$161.6 billion average of 22 analyst estimates compiled by Refinitiv.

TSMC shares have gained about 7% so far this year, giving it a market value of $618 billion. The stock closed 0.15% higher on Thursday before the financial results were released, slightly underperforming the broader market which finished up 0.33%.