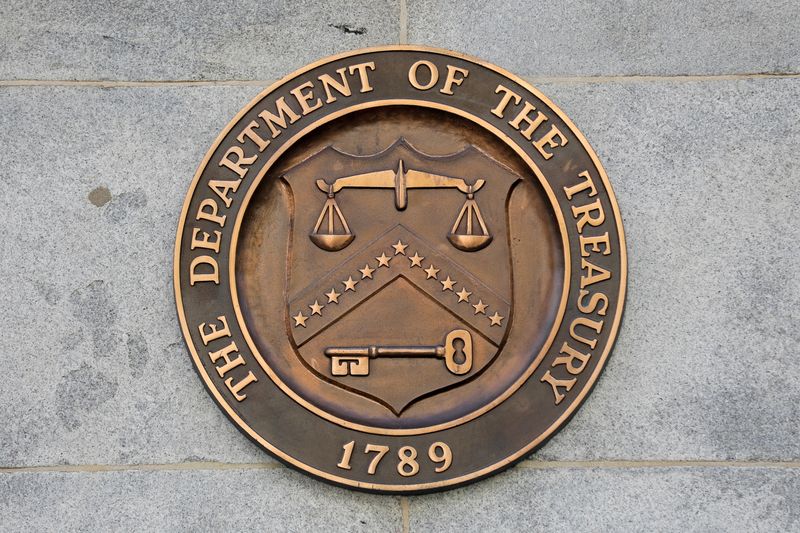 (Reuters) – The U.S. government on Friday posted a $191 billion budget deficit for November, 32% higher than the $145 billion shortfall a year earlier as pandemic-related spending drove record outlays for the month and outstripped a sharp rise in personal income tax receipts on the back of the rebounding economy.

The November deficit was $4 billion below the median estimate among economists polled by Reuters of $195 billion.

Receipts for the second month of the federal government’s fiscal year totaled $281 billion, up 28% and a record for the month of November, the Treasury Department said. Individual tax receipts rose 27% to $244 billion.

A Treasury official said the increase stems largely from the improvement in the economy and people continuing to return to work after last year’s widespread shutdowns from the COVID-19 pandemic, which triggered a short but sharp recession.

Spending also was a record for the month of November, with total outlays of $473 billion, up 30% from November 2020’s $365 billion. Spending increases for the Health and Human Services and Treasury departments largely arising from pandemic programs drove most of the increase.

For the fiscal year 2022 to date the deficit totaled $356 billion, a decrease of 17% from the first two months of fiscal 2021, which is being fueled by record year-to-date increases in government revenue.