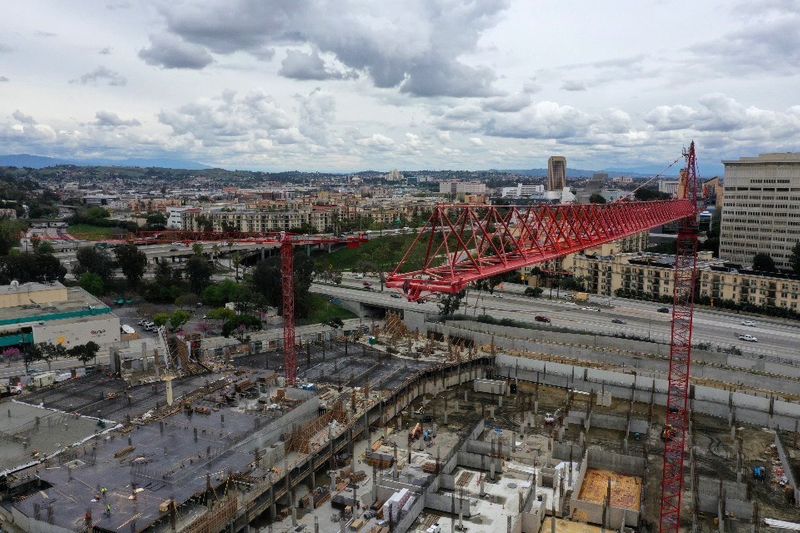 © Reuters. A general view of Los Angeles the day after California issued a stay-at-home order due to coronavirus disease (COVID-19) in Los Angeles

The Commerce Department said on Monday that construction spending increased 1.0% to $1.490 trillion, the highest level since the government started tracking the series in 2002. Data for November was revised higher to show construction outlays surging 1.1% instead of 0.9% as previously reported.

Spending on private construction projects rose 1.2%, boosted by investment in single-family homebuilding amid cheaper mortgages and a pandemic-driven migration to suburbs and low-density areas. That followed a 1.5% jump in November.

Spending on residential projects shot up 3.1% after increasing 3.0% in November. But outlays on nonresidential construction like gas and oil well drilling fell 1.7% in December. Still, spending on nonresidential structures rebounded in the fourth quarter after four straight quarterly declines.