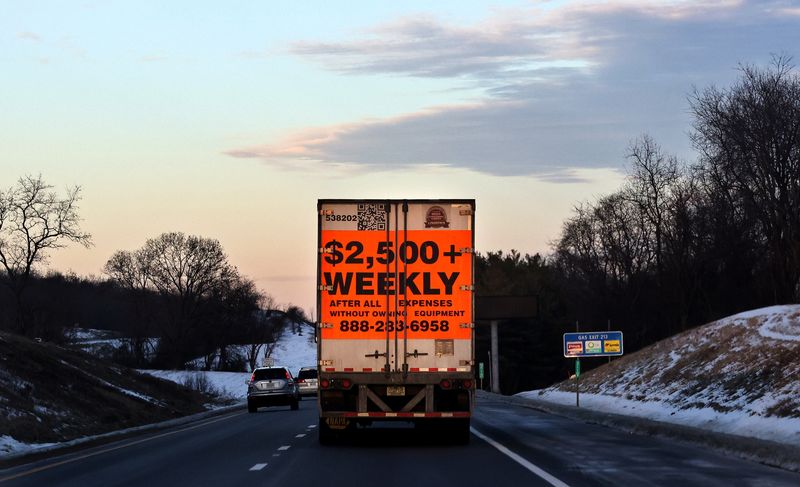 Job openings, a measure of labor demand, dropped 185,000 to 11.263 million on the last day of January, the Labor Department said on Wednesday in its monthly Job Openings and Labor Turnover Survey, or JOLTS report.

Data for December was revised higher to show a record 11.448 million job openings instead of the previously reported 10.925 million. The government revised the 2021 data.

“The labor market is tight as a drum and this means wage pressures and inflation will persist,” said Christopher Rupkey, chief economist at FWDBONDS in New York. “Time will tell if war in Europe and plummeting stock prices will slow down the demand for new hires in the months to come.”

The Federal Reserve is expected to raise interest rates next Wednesday to quell inflation. Economists expect as many as seven rate hikes, though much would depend on the fallout from Russia’s war against Ukraine. The United States and its allies have imposed harsh sanctions on Moscow. On Tuesday, President Joe Biden banned imports of Russian oil into the United States.

The two-week war has sent prices of oil, wheat and other commodities soaring. Economists believe the excess demand for labor could provide a shield for the economy even as the Russia-Ukraine war is seen hurting business confidence.

“The labor market still has the chance to gracefully slow down with demand cooling but not necessarily crashing,” said Nick Bunker, economic research director for North America at the Indeed Hiring Lab. “But so far the data on openings and turnover don’t show that trend beginning.”

In January, vacancies fell in several industries, with accommodation and food services reporting a 288,000 drop.

In the transportation, warehousing, and utilities industry, job openings fell 132,000, while unfilled positions in the federal government decreased 60,000. But job openings increased 136,000 in other services businesses. The durable goods manufacturing industry reported 85,000 more job openings. The job openings rate dipped to 7.0% from 7.1% in December.

Hiring rose by a modest 7,000 to 6.5 million. Hiring was little changed in all industries. The hires rate was unchanged at 4.3%. The government reported last week that nonfarm payrolls increased by 678,000 in February.

There was a 4.8 million gap between the number of job openings and the number of unemployed workers in January, accounting for 2.9% of the labor force.

Economists view the jobs-workers gap as a better indicator of labor market tightness and wage growth. There were a record 1.8 open jobs per unemployed person in January, also underscoring tight labor market conditions.

“It is past time for Congress to act to modernize our broken immigration system,” U.S. Chamber of Commerce Chief Policy Officer Neil Bradley said in a statement. “We can’t get inflation under control, unclog our supply chains, or fully grow our economy and remain competitive unless we welcome more people into our country to fill these jobs.”

The JOLTS report also showed the number of people voluntarily quitting their jobs decreased by 151,000 to a still-high 4.3 million in January.

Fewer people quit in retail trade and information sectors, but more left their jobs in finance and insurance. The quits rate fell to 2.8% from 3.0% in December. The revisions also showed 47.8 million quit their jobs in 2021.

“Before the pandemic, quits accounted for 50% of all job separations, on average,” said Julia Pollak, chief economist at ZipRecruiter. “In 2021, however, they made up 70%, a sign that workers had more job security than usual and were largely the ones calling the shots.”

The JOLTS report supported economists’ view that a slowdown in wage growth in February was a fluke. Average hourly earning were unchanged last month, which lowered the annual increase in wages to 5.1% from 5.5% in January

“These data tell us far more about the labor market than does the flat reading on overall average hourly earnings for February,” said Conrad DeQuadros, senior economic advisor at Brean Capital in New York.