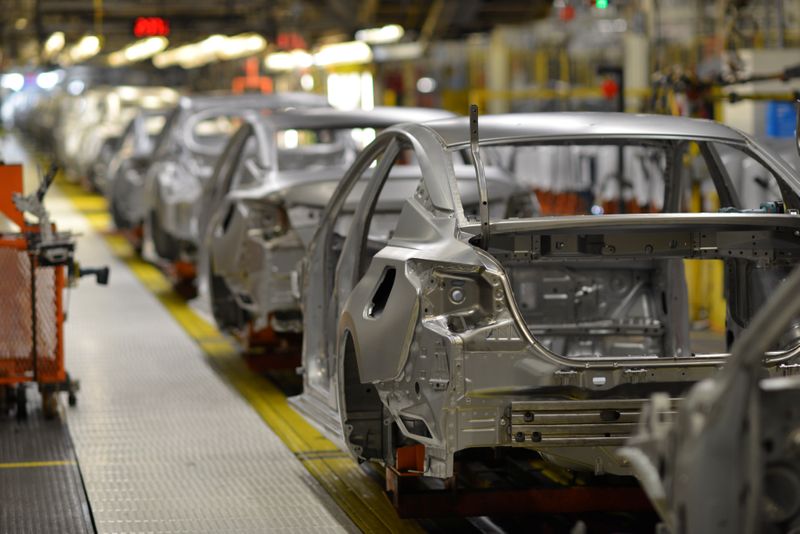 WASHINGTON (Reuters) – U.S. manufacturing activity slowed slightly in January, while a measure of prices paid by factories for raw materials and other inputs jumped to its highest level in nearly 10 years, strengthening expectations inflation will perk up this year.

The moderation in activity reported by the Institute for Supply Management on Monday reflected a flare-up in COVID-19 infections, causing labor shortages in factories and their suppliers, which the ISM said “will continue to restrict the manufacturing economy expansion until the coronavirus crisis abates.” Manufacturing and housing are anchoring the economic recovery from the pandemic.

“It’s another reminder, not that we need one, the vaccine rollout has a long way to go before COVID loses its place as the biggest risk to economic growth,” said Chris Low, chief economist at FHN Financial in New York.

The ISM’s index of national factory activity fell to a reading of 58.7 last month from 60.5 in December. A reading above 50 indicates expansion in manufacturing, which accounts for 11.9% of the U.S. economy. Economists polled by Reuters had forecast the index at 60 in January.

Manufacturing has been driven by strong demand for goods like electronics and furniture as 23.7% of the labor force works from home because of the coronavirus outbreak. But spending on long-lasting manufactured goods fell for a second straight month in December, government data showed on Friday.

With the distribution of vaccines to fight the coronavirus expected to broaden and accelerate, spending on services is likely to pick up by summer. That could cause a slowdown in manufacturing activity from current levels. Still, a contraction is unlikely as customer inventories remain extremely lean.

The ISM’s forward-looking new orders sub-index fell to a reading of 61.1 last month from 67.5 in December. Export orders at factories also moderated. Despite the cool-off in orders, factories increased hiring last month.

The survey’s manufacturing employment gauge rose to 52.6 from 51.7 in December. That raises hope for a rebound in hiring this month after the economy shed jobs in December for the first time in eight months.

But bottlenecks in the supply chain continued driving up costs for manufacturers. The survey’s prices paid index jumped to a reading of 82.1 last month, the highest since April 2011, from 77.6 in December.

That supports predictions of a pickup in inflation in the coming months, though high unemployment could limit manufacturers’ ability to raise prices. Employment is still 10 million jobs below the pre-pandemic peak.

In a separate report on Monday, the Commerce Department said construction spending increased 1.0% to $1.490 trillion, the highest level since the government started tracking the series in 2002. That followed a 1.1% jump in November.

Construction spending, which accounts for about 4% of gross domestic product, was powered by a 1.2% increase in private construction projects as cheaper mortgages and a pandemic-driven migration to suburbs and low-density areas support investment in single-family homebuilding.