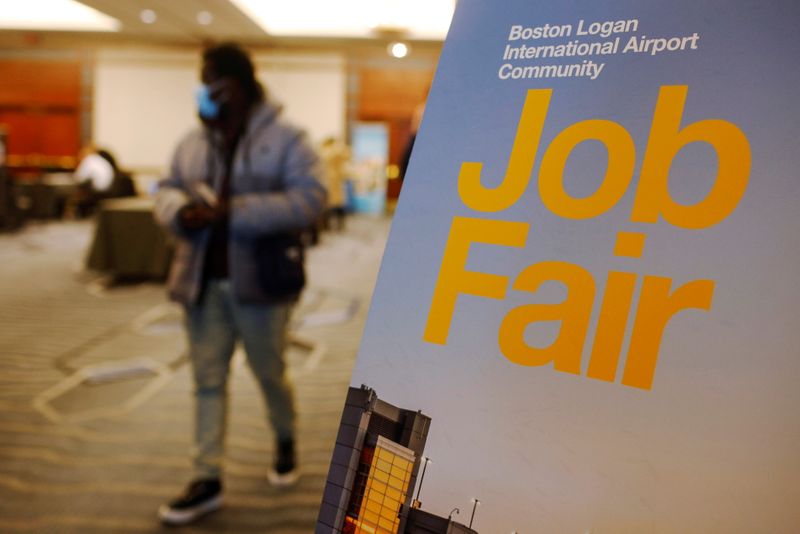 WASHINGTON (Reuters) – The number of Americans filing new claims for unemployment benefits dropped to the lowest level in more than 52 years last week as labor market conditions continued to tighten amid an acute shortage of workers.

The plunge reported by the Labor Department in its weekly unemployment claims report on Thursday was probably exaggerated by difficulties adjusting the data for seasonal fluctuations around this time of the year. The report followed on the heels of news last week that the unemployment rate fell to a 21-month low of 4.2% in November.

“The labor market continues to tighten on almost every metric and in almost every report that pertains to jobs,” said Conrad DeQuadros, senior economic advisor at Brean Capital in New York.

Initial claims for state unemployment benefits tumbled 43,000 to a seasonally adjusted 184,000 for the week ended Dec. 4, the Labor Department said on Thursday. Economists polled by Reuters had forecast 215,000 applications for the latest week.

Claims have declined from a record high of 6.149 million in early April of 2020. Applications typically increase as the weather gets colder, but economists say this seasonal pattern is unlikely to hold because of a tightening labor market.

“Volatility due to seasonal patterns will make jobless claims data hard to interpret over the coming weeks,” said Veronica Clark, an economist at Citigroup (NYSE:) in New York.

There were 11 million unfilled jobs at the end of October, leaving employers reluctant to let workers go.

Nevertheless, the claims data is consistent with other reports on consumer spending, manufacturing and services industries activity that have suggested the economy was regaining steam in the fourth quarter after a lull in the July-September period.

But the spread of the Omicron variant of COVID-19 poses a risk to the economic outlook. While little is known about the impact of the new variant, some slowdown in hiring and demand for services is likely, based on the experience with the Delta variant, which was responsible for the slowest economic growth pace in more than a year last quarter.

The government reported last week that nonfarm payrolls increased by 210,000 jobs, the fewest since last December.