The IMF said on Tuesday that Rishi Sunak should bring forward planned tax increases to limit the risk of persistently high inflation, tightening the financial squeeze on Britain’s households from April.

In its annual assessment of the UK economy, the fund said the chancellor should spare poorer households and impose higher income and wealth taxes on richer people.

The advice would help prevent the need for tougher action alongside a sharp deterioration in economic performance to bring down inflation next year, it said.

The fund added that in the short term the Bank of England could not do more to limit inflationary pressure by raising interest rates without potentially tipping the economy into recession.

With inflation forecast by the fund and the BoE to hit 7 per cent in April, when the government’s energy price cap rises 54 per cent, the IMF said the central bank should be “steadily adjust[ing interest rates] towards a neutral setting”, which it said was between 1 and 1.5 per cent.

But even with a tightening of monetary policy of this amount, the risk was that inflation would remain too high for too long and become ingrained into UK price setting and wage demands, the IMF said.

It said indicators of wage settlements, corporate pricing intentions, survey and market-implied inflation expectations all “flashed red at present” but added that the BoE had a difficult task in balancing the risk of snuffing out the recovery if it raised rates too quickly and letting high inflation become embedded in UK life. “At present, the data suggest that the latter risk is of greater concern,” the IMF staff concluded.

Giving evidence to the Treasury select committee of the House of Commons, Andrew Bailey, governor of the BoE, took a similar position on the threats of persistently high inflation. He said there was “very clearly” a risk that high price rises and high wage increases could continue.

After facing criticism for telling people not to ask for high wage increases, Bailey said: “It’s not just wage setting, it’s also price setting . . . it’s both. There is very clearly an upside risk there. The upside risk . . . comes through from the second-round effects.”

With this fear and the balancing act faced by the BoE, the fund staff said Sunak could help bring inflation under control with earlier than planned tax increases. 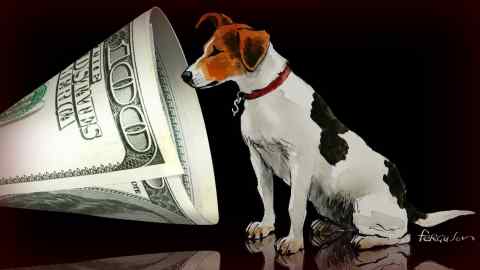 “The authorities could bring forward some fiscal tightening from 2023-24 to 2022-23 to help contain demand in the short run with the benefit of also reducing the drag on growth in outer years”, while using contingency funds to help the poorest, the IMF concluded.

But it added that this should be dropped if a new virulent coronavirus wave hit the economy, with the government again implementing the exceptional support offered during the pandemic.

The recommendation of what the IMF staff called a “rotation” from monetary to fiscal tightening to contain inflation was controversial when it was put to the IMF board earlier this month.

Shona Riach, the UK’s lead official on the IMF board, ignored the recommendation to bring forward tax increases in her formal response, while the account of the board meeting showed that “a few directors questioned the political feasibility of this suggestion”.