Not strictly FX but worth keeping an eye on … U.S. European Command (EUCOM) announced U.S. Air Force B1 bombers to deploy to Norway for the first time.

A detachment of B-1Bsaccompanied by more than 200 personnel

The important bit is of course …. “part of the Air Force’s new focus on the Arctic and will position the bombers near Russia’s sprawling Naval bases.”.

The reason this is relevant to markets is any increase in geopolitical tension (I’m not saying this is) is usually accompanied by flows to US dollars and yen. 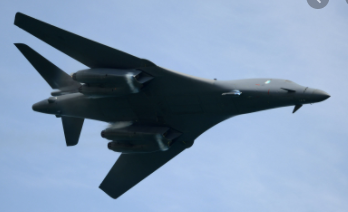