USD/CAD clears the February high (1.2878) as it extends the series of higher highs and lows from the monthly low (1.2587), and fresh data prints coming out of the US may fuel the recent advance in the exchange rate as the Consumer Price Index (CPI) is expected to increase for the sixth consecutive month.

At the same time, the update to the CPI may fuel a further advance in USD/CAD as the headline reading is expected to increase to 7.9% from 7.5% in February, which would mark the highest reading since 1982, with the core rate of inflation anticipated to show a similar dynamic.

Evidence of persistent inflation may keep the Federal Reserve on track to normalize monetary policy over the coming months, and it remains to be seen if Chairman Jerome Powell and Co. will adjust its exit strategy at the next interest rate decision on March 16 as the central bank is slated to released the updated Summary of Economic Projections (SEP).

Until then, developments coming out of the US may keep USD/CAD afloat as the Federal Open Market Committee (FOMC) prepares to shift gears, and a further appreciation in the exchange rate may fuel the recent flip in retail sentiment like the behavior seen during the previous year. 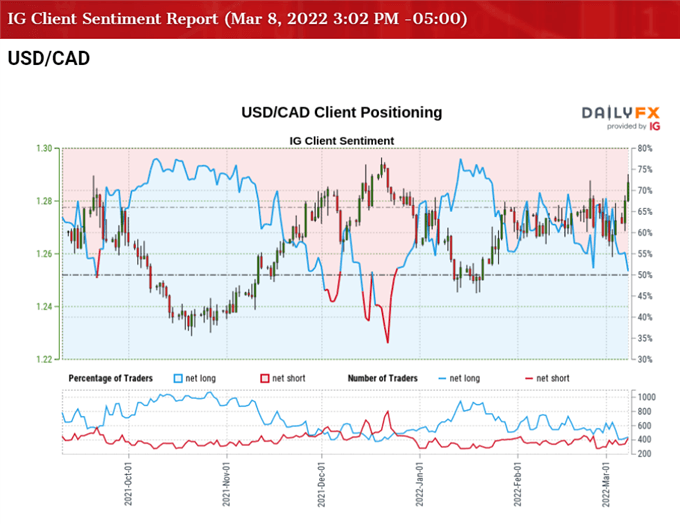 The IG Client Sentiment report shows 46.28% of traders are currently net-long USD/CAD, with the ratio of traders short to long standing at 1.16 to 1.

With that said, the update to the US CPI may fuel the bullish price action in USD/CAD as consumer prices are expected to increase for the sixth consecutive month, and the exchange rate may continue to retrace the decline from the 2021 high (1.2964) as market participants brace for an imminent shift in Fed policy. 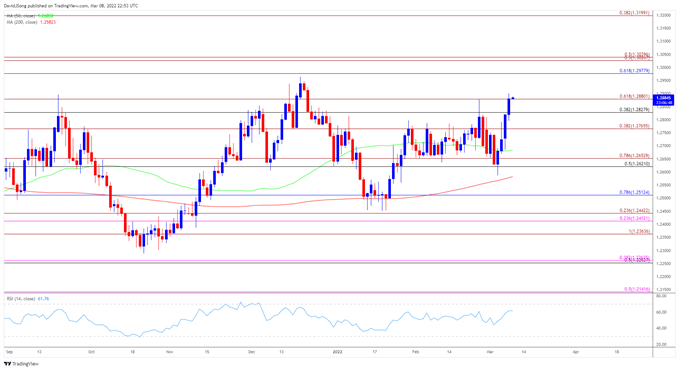