The USDCAD had a down and up day today, but has been rising through the London and now NA session.

Looking at the hourly chart, the price moved bac above the 100 hour MA in the London morning session  (blue line currently at 1.2789). That increased the bullish bias. The price has not moved below the MA since that break.

The run higher has moved toward a swing area between 1.2834 and 1.28426 and found some intraday profit taking/sellers.  Getting back above that area is needed to give the buyers more control. The next target would be toward the high from last week (and going back to December 28) at 1.28739 to 1.28804 (see green numbered circles).

What would keep the buyers firmly in control?

Intraday, drilling down to the 5 minute chart below, the 1.28171 to 1.28185 area was where the Asian session high stalled, and later in the North American session, where other swing highs stalled. After breaking above, there are now two separate corrective lows that have stalled against the level. The most recent just 15 or so minutes ago.  The rising 100 bar moving average is moving toward that area (currently it is at 1.2814).

Watch that area (from the 100 bar MA to the 1.28185) as a barometer for short term buyers and sellers. Stay above, is the most bullish scenario. Move below and there should be further downside corrective probing. 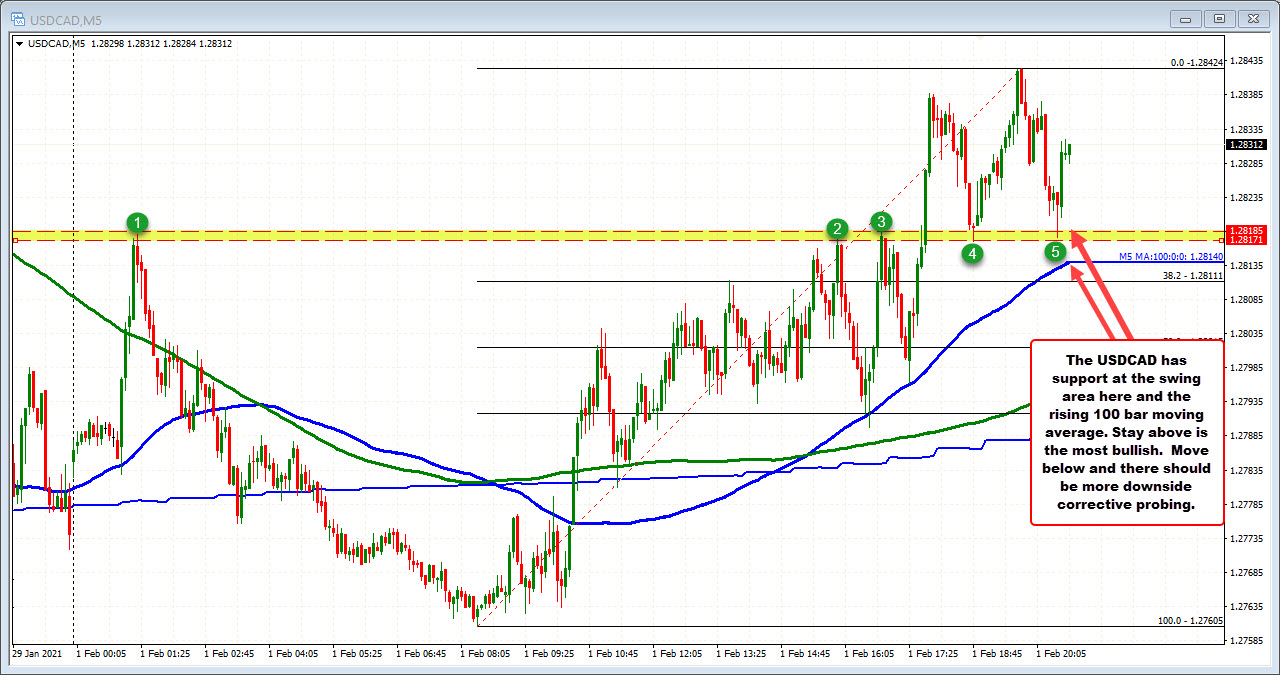 There is some upside resistance off the hourly chart, but so far the intraday support is also holding.  So buyers remain in control.
For bank trade ideas, check out eFX Plus