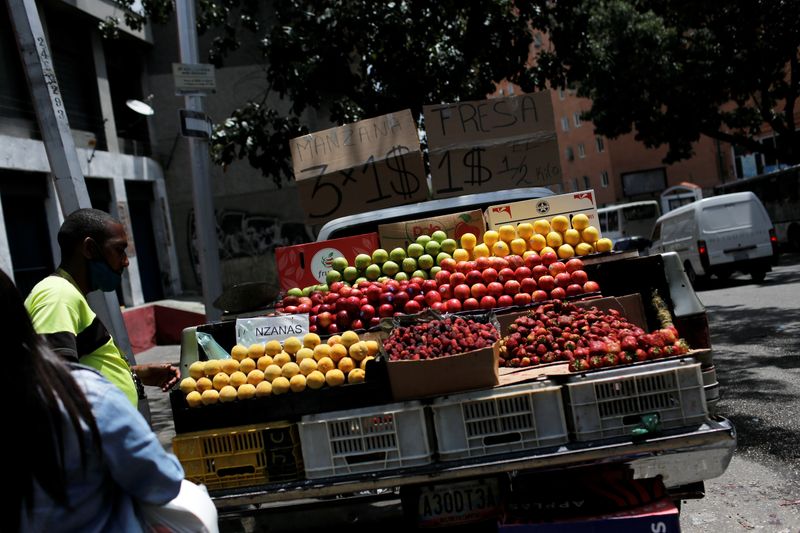 CARACAS (Reuters) – Venezuela’s rate of consumer price inflation continued to fall in February to 2.9%, the lowest figure in eight years, the central bank said on Friday.

The government of President Nicolas Maduro has been making cuts to spending in the bolivar currency since the second half of last year in an effort to stabilize the bolivar-to-dollar exchange rate and reduce inflation.

The February figure takes 12-month inflation to 340.4%, according to Reuters calculations based on central bank data.

Inflation was down from 6.7% in January, and has not been this low since February 2014.

Despite slowing inflation, many families in the South American country struggle to make ends meet.

Maduro on Thursday announced a jump in the monthly minimum wage to the equivalent of $29, from $1.60 previously.

Communications was the sector with the highest increase in February, at 23.1%, while education increased 17.5% compared to January.

The government’s loosening of economic controls since 2019 has allowed foreign currency to circulate more freely and provided a measure of relief for some industries.