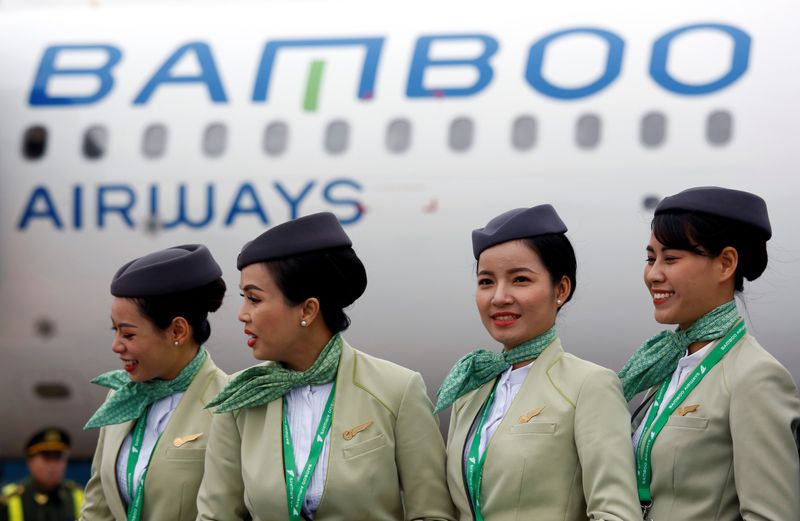 © Reuters. FILE PHOTO: Crew members stand near an Airbus A321 aircraft of Bamboo Airways before a flight at Noi Bai airport in Hanoi, Vietnam January 16, 2019. REUTERS/Kham

The deal will be signed in the United States later on Tuesday in the presence of Vietnam President Nguyen Xuan Phuc, Bamboo said in a statement.

The GEnx engines, due to be delivered in 2022, will be used on the airline’s wide-body Dreamliner fleet to operate planned non-stop routes between Vietnam and the United States, the company said.

“This new signing agreement will be an important milestone for the airline to expand its transcontinental flight network, connecting Vietnam with medium- and long-range markets,” the statement said.

Bamboo said it is also seeking to expand its international flight network and open more routes to Australia, the United Kingdom and Germany, using its Boeing 787-9 Dreamliner aircraft.