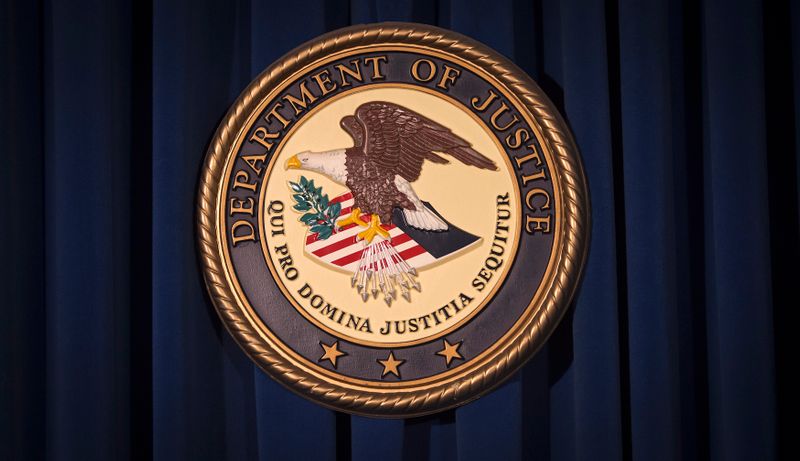 © Reuters. FILE PHOTO: The Department of Justice (DOJ) logo is pictured on a wall after a news conference to discuss alleged fraud by Russian Diplomats in New York December 5, 2013. REUTERS/Carlo Allegri

WASHINGTON (Reuters) – The Biden administration has been in contact with federal law enforcement officials over a string of flash mob “smash and grab” robberies of U.S. retail stores, White House spokeswoman Jen Psaki said on Friday.

“The Justice Department, the FBI and federal law enforcement has been in touch, in contact with jurisdictions where we have seen this high level of retail theft,” Psaki said.

A wave of “smash-and-grab” crimes is plaguing upscale stores in major U.S. cities, with mobs of thieves making off with expensive goods in brazen raids. The cities of San Francisco and Los Angeles have seen a several high-profile robberies.

Psaki noted that federal officials have lent assistance to local authorities in those Californian cities.